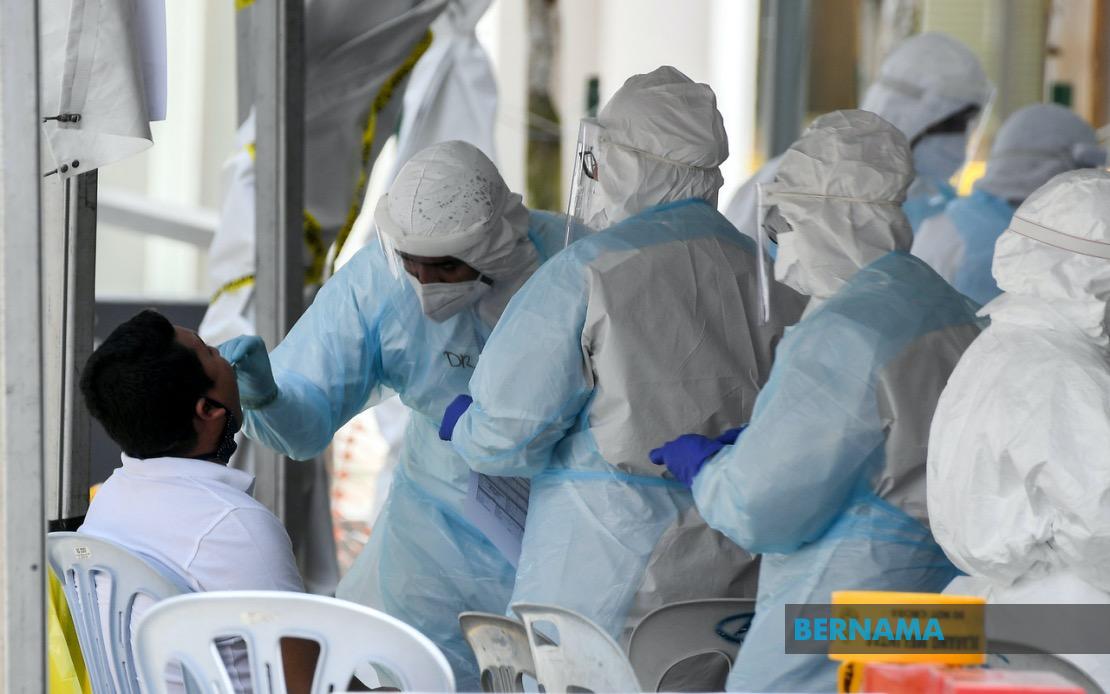 Medical professionals conduct a health screening on patients during the Covid-19 pandemic in Malaysia. Bernama Photo

KUALA LUMPUR: “Everything is good. The doctor is good, Everything is okay,” shared Wajid Ali, a Pakistani who received Covid-19 treatment here.

It was in March when he found out that he had been infected with the virus.

What was supposed to be a checkup to fulfil the requirement to travel with an airline turned into a nightmare for Wajid as 12 other family members also tested positive – including his wife and four children.

Recalling the event, the 31-year-old businessman said an ambulance came to their home in the Masjid India area to bring them to Hospital Kuala Lumpur where they were treated for more than three weeks.

“We were treated really nicely. The doctors and nurses were very nice to me and my children,” he told Bernama, adding that they were also provided with food and daily change of clothes during their stay.

Of the family, Wajid’s ailing father succumbed to the disease in early April after he was transferred to the ICU.

“When he was in the ICU, I received daily updates about his condition from the doctor until after he had passed away,” Wajid said.

Speaking in fluent Malay, he shared that his 12 family members were offered a place in another facility for quarantine once all of them were tested negative at the end of their treatment.

“But because it was more convenient for a big family like us, we chose to stay in a self-paid hotel for the 2-week quarantine,” he said.

Wajid, who has been living here for 12 years, said he is glad that the Malaysian government provided free treatment for Covid-19 even to non-Malaysians like him.

He revealed that the initial test in a private hospital cost the family RM580 each.

Meanwhile, Mohd Humayun from Bangladesh also shared similar positive feedback from the time he received treatment for the virus at the Sungai Buloh Hospital.

Mohd Humayun, who has been working in Malaysia for five years, tested positive for Covid-19 after he underwent screening at the PJ Old Town Wet Market, where he worked.

“They took care of us very nicely. They gave us food, and check on us a few times,” he said.

His friend Kamal, also from Bangladesh, confirmed what he said.

“Before he came back, we made a video call. I asked about the treatment received and he said it was good. Not too much medicine, and plenty of rest given,” he said, likening it to a holiday.

Meanwhile, their fellow citizen, Zahid, who lives around the PJ Old Town Market when the Enhanced Movement Control Order was implemented in Jalan Othman, said even though there were some bad ‘apples’, the majority of Malaysians treated them nicely.

“There are people who blame the foreigners staying here for the Covid cases. But Malaysia….doctors, hospitals, they all help us, (and) took care of us so that we recover fast,” he said.

Zahid added that foreign workers who were affected due to measures to control the spread of the virus have been receiving donations from Malaysians, friends and family.

“Most of the people took good care of us,” he said. – Bernama