Monday, November 29
You are at:Home»News»SRB: Every effort taken to replace submerged pontoons 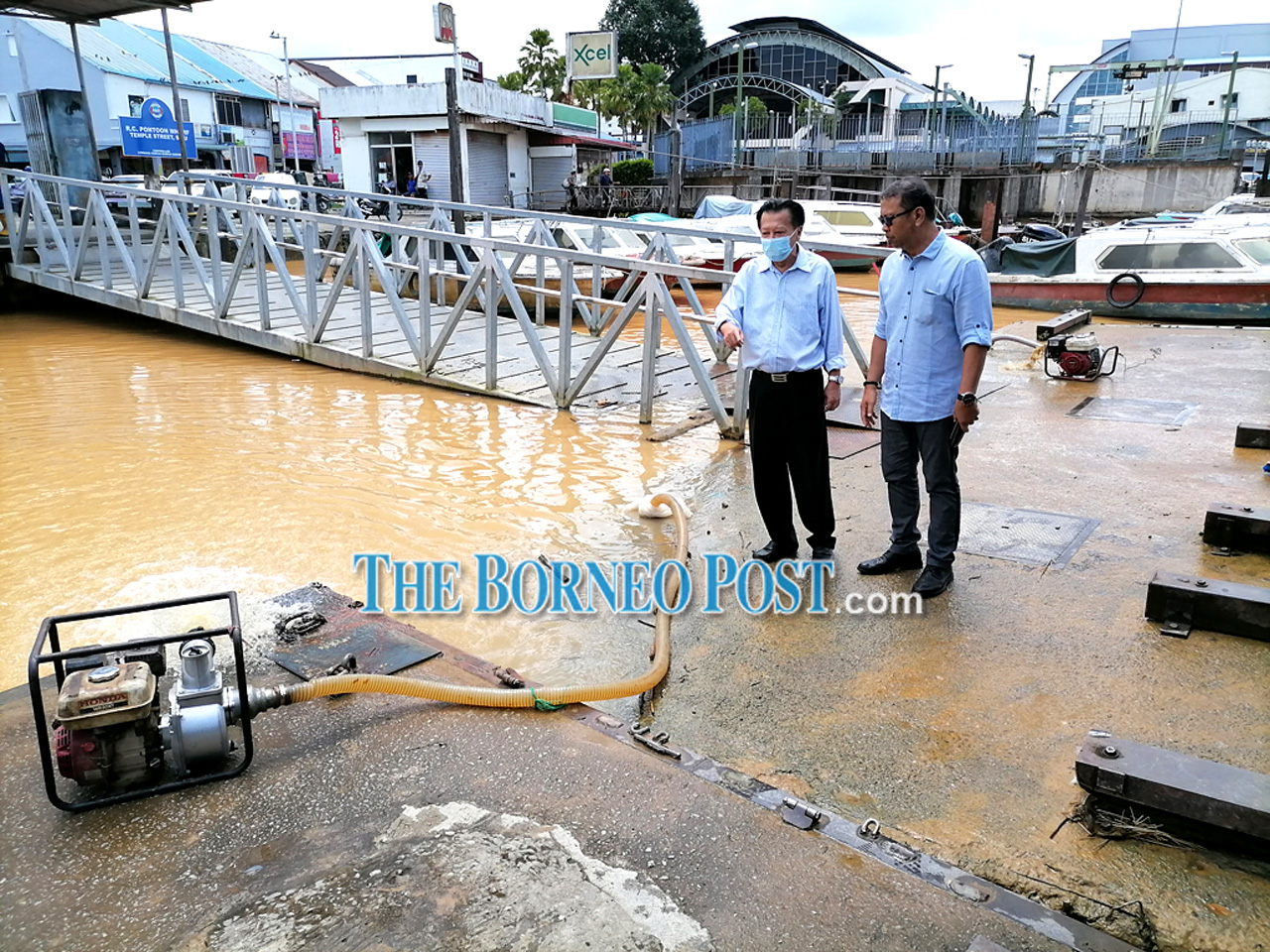 Chieng (left) and Hatta inspect the water pumping work on one of the submerged pontoons.

SIBU: A member of Sarawak Rivers Board (SRB), Datuk Chieng Buong Toon, said the government is taking every effort to replace the seven ageing and submerged pontoons at the Tua Pek Kong Wharf here.

He said he had already written to Transport Minister Datuk Lee Kim Shin to help in solving the issue soonest.

“We have received assurance from the minister that his ministry is looking into the issue. Hopefully, the seven ageing pontoons will be replaced soonest to solve the problem once and for all,” he told reporters after visiting the site yesterday morning.

He was accompanied by SRB Region II assistant controller Hatta Morshidi during the visit.

Chieng said the issue of the partially submerged seven pontoons was nothing new. The problem had plagued  shippers and wharf users here for the past decades.

He agreed that the problem had brought great inconveniences to shippers and the public.

“That was why SRB had done maintenance work like pumping water out and putting up other safety measures to ensure the pontoons are usable,” he added.

Hatta, meanwhile, said SRB inherited the pontoons from the government in 1953.

The pontoons had been exposed to wear and tear over the years, resulting in four of them partially submerged.

He said SRB had also worked incessantly to improve the situation by pumping out water and also erected safety measures at the wharf to notify the people the dire situation of the pontoons.

“Pumping is conducted twice daily while other safety maintenance works are also carried out for time-to-time to ensure the pontoons are safe for use,” he added.

He mentioned on Monday that SRB was looking into a long-term solution to resolve the issue of the decades-old pontoons.

He said the submerged pontoons would not sink as they had been filled with polystyrene.

He added that the only long-term solution to the sinking pontoons was to replace all seven pontoons.

Previous ArticleUCTS mulls setting up Centre for Academic Excellence
Next Article Fatimah: iSarawakCare app to be fully implemented by next year