Tuesday, October 20
You are at:Home»Business»Cautious recovery for retailers 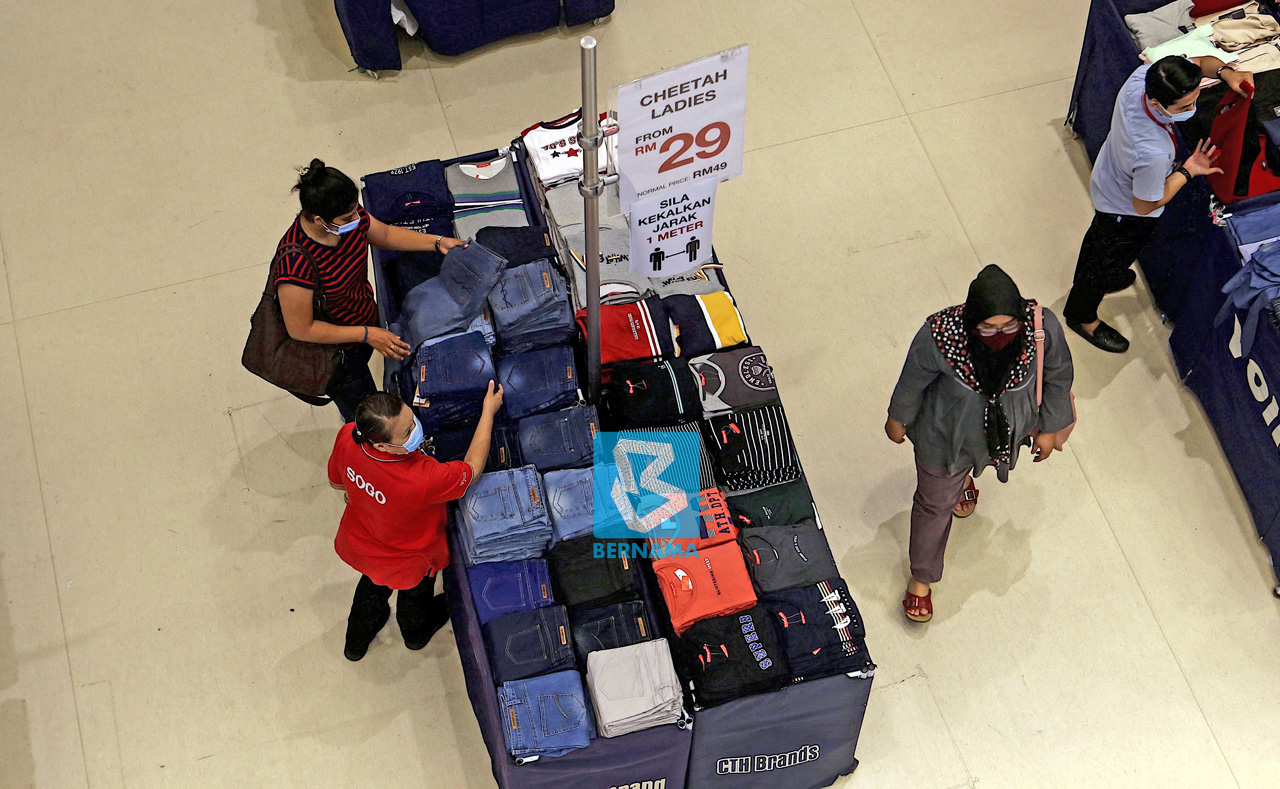 Consumers will be more cautious in spending and expected to lean more towards essential items such as groceries and household products with lesser inclination toward premium foods/merchandise. — Bernama photo

KUCHING: Retailers are poised for a recovery after the relaxation of the movement control order (MCO) starting May 4, 2020 from the pent-up demand.

Having said that, researchers with Kenanga Investment Bank Bhd (Kenanga Research) believed consumers will be more cautious in spending and expected to lean more towards essential items such as groceries and household products with lesser inclination toward premium foods/merchandise.

This tallies with the rising unemployment rate as the labour market bears the brunt of the MCO policy.

“In the event of further global coronavirus outbreak and domestic political turmoil taking more time to resolve, it would further affect the retail consumption pattern in Malaysia drastically,” Kenanga Research said in its outlook yesterday.

This follows a rough first half of the year for most players, as the economy has been greatly disrupted by the Covid-19-led movement restrictions.

“We believe consumer sentiment is likely to remain muted ahead as we ease into the new norm, with spending priority being placed on value-for-money staples products instead of high-value discretionary goods. This is due to the slump in consumer sentiment, which is largely dragged by the pandemic-hit dire economic conditions and sombre labor market outlook.

Despite F&B counters’ touted defensiveness, Kenanga Research expect the next quarterly results release – due around August – will largely be a blip as majority of the players are somewhat affected by the closure of food and beverage (F&B) outlets, the lower retail footfall at the groceries stores and the lack of outdoor activities during the movement restrictions.

“That being said, the market is clearly looking beyond that, as a post-pandemic recovery has already been largely priced in with the KL Consumer Index recovering around 21 per cent from its mid-March bottom,” it said.

“Noting that the largest risk to recovery lies in the possibility for a second wave of infections, we believe the F&B counters, especially those with higher exposure to in-home consumption should remain fairly resilient and would still fare better than the others in the event of a second wave.”

“Although near-term prospects for the sector are unfavourable amidst the negative Covid-19 impact and global economic downturn, we expect recovery to gradually kick in in 2H2020 before improving further in 2021F.

“Despite weak consumer sentiment and spending, the valuations of consumer companies have become attractive due to the selldown in consumer stocks at the start of the pandemic.

“Private consumption is estimated to grow slower at 4.2 per cent while unemployment is expected to go up to six per cent in 2020F due to the Covid-19 pandemic impact. We think that consumer sentiment will be mostly subdued in second half of 2020 although relatively better compared with during the MCO period.”

This was why AmInvestment Bank remained overweight on the consumer sector as it believed a recovery is under way following the end of the MCO.

“Consumer demand will improve as restaurants return to business and allowed to operate,” it continued.

“Companies under our coverage that will be most impacted by the reopening of businesses and restaurants are Berjaya Food and Mynews as these companies rely heavily on footfall of the office crowd.

“However, we may downgrade the consumer sector to neutral if improvements to economic fundamentals do not materialise.”

Previous ArticleBiohub Port to be a growth engine for green innovations in Sarawak
Next Article Ministry, BNM to announce PTF mechanism in mid July