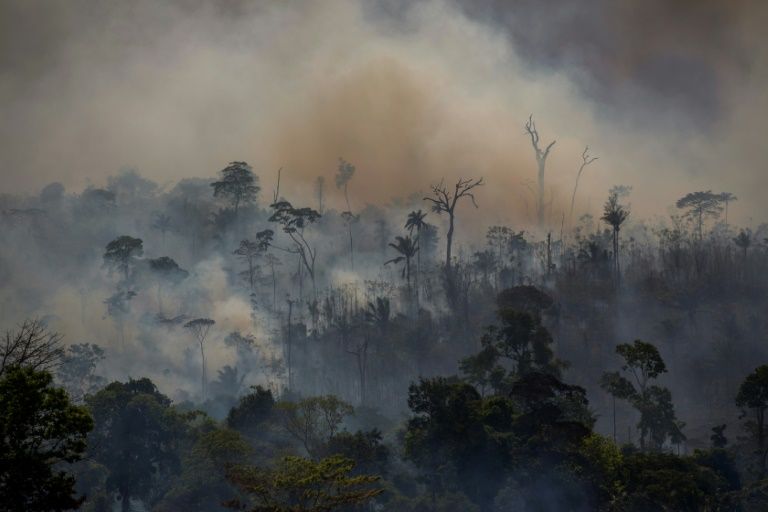 SAO PAULO: Deforestation of the Brazilian Amazon increased by a record 25 percent year-on-year in the first half of 2020, official data released Friday showed, increasing pressure on President Jair Bolsonaro to abandon his plans to develop the region.

Some 3,069 square kilometers (1,184 square miles) were affected by deforestation, the highest figure since satellite data has been collected beginning in 2015, the country’s National Institute for Space Research (INPE) said.

June, which marks the start of the dry season and fires, also hit a record with 1,034 square kilometers of deforestation, an increase of nearly 11 percent.

Brazil has been criticized by a number of countries and environmental groups over large-scale deforestation and fires that ravage the world’s largest rainforest during the dry season.

“Last year it just took off, and this should not be repeated,” said Mariana Napolitano, science director for the World Wildlife Fund-Brazil, referring to the deforestation.

“But not only is it repeating, it’s getting worse, despite military action in the region,” Napolitano told AFP.

Illegal logging by the timber industry, as well as mining and cattle ranching in protected areas are the main causes of destruction.

In May he deployed troops in the Amazon ahead of the burning season to take “preventive and restrictive action against environmental crimes, namely illegal deforestation and wildfires.”

Next week, Bolsonaro is expected to decree a ban on agricultural burning during the four months that cover the dry season, his office said Thursday.

The aim is to prevent a repeat of last year’s wildfires that devastated vast amounts of the Amazon and triggered spats with several Western leaders.

Despite the military presence, however, INPE data shows an increase in deforestation for each month since January, compared to the same period last year.

Last month, investment funds from Europe, Asia and South America that collectively manage nearly $4 billion demanded in an open letter that Bolsonaro stop projects that threaten to accelerate the destruction of the planet’s largest rainforest.

Vice President Hamilton Mourao, who heads Brazil’s National Council for the Amazon, said international investors want Brazil to show “results” in fighting deforestation before they will consider participating in environmental protection projects in the country.

“It’s not true that we’re destroying the jungle to produce food,” he said, also denying that Brazil was dismantling the state’s environmental protection structure.

Mourao spoke on Thursday with representatives of nine of the investment funds and will meet on Friday with businessmen who equally expressed concern about a policy that is damaging Brazil’s international image.

Sending the army to the region in May “was exactly a sign that Brazil cares about the Amazon,” Defense Ministry spokesman Vice Admiral Carlos Chagas said.

Bolsonaro has shown little concern for the environment and repeatedly indicated his intention to open up indigenous territories and nature reserves to mining and agriculture.

Non-governmental organizations point out that the right-wing government’s discourse in favor of the Amazon’s commercial exploitation contradicts the military mission of inspection and prevention.

“The outlook cannot be to control deforestation with a huge military operation. What we are seeing is pressure from the private sector for a different plan for the Amazon,” said Napolitano. – AFP