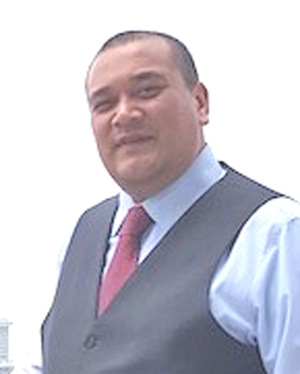 This was according to home-grown Malaysian crisis and reputation PR company, Core Pro PR Services Sdn Bhd (Corepro), who recently conducted a survey to gauge whether companies had a crisis management plan and whether that plan included a focus on reputation management.

On a positive note, 79 per cent of companies surveyed said that their senior management had been Spokesperson and Crisis Media Trained, on the downside, over 80 per cent of the companies surveyed doubted that their staff could differentiate between ‘risk’, ‘issue’ or ‘crisis’ and how to escalate a potential crisis to their line-managers and Senior Management before it became a crisis.

Speaking about the survey, Corepro executive director Stuart Rosman Tan said: “During the MCO, CMCO and now RMCO periods, we conducted a survey of companies to gauge their readiness for a crisis.

“Additionally, after signing the requisite NDA’s we also offered a free service open to all companies that wanted to participate, to review their Crisis Management Plans.

“The aim of the free Crisis Management Plan review service was to assess whether their crisis management plans could be used as a framework to not only manage the crisis but communicate and engage with all stakeholders in a meaningful way that would protect their reputation.”

Tan said gone are the days where a holding statement to the media which would then be reposted on social media for public consumption, was sufficient.

“Today, companies in a crisis need to breakdown the stakeholders into individual groups and recognise that each group of stakeholders require different messages.

“For example, families of those affected, employees, partners, suppliers, surrounding communities, Government Departments, and anyone else for whom your crisis has caused an issue.

“The communications and messaging for each stakeholder must be factual, toe-the-company-line but must also be tailored to address each stakeholder groups’ ‘main concerns of the crisis’ and ‘expectations of you’.”

In the past five years alone, Corepro have conducted over 70 communications, crisis preparedness, reputation management and spokespersons trainings to over 6,300 participants across 18 countries.

“During the RMCO, Corepro will continue to review any company’s Crisis Management Plan for free and assess its capability to manage and protect the company’s reputation during a crisis.”

Previous ArticleAir travel may recover despite tough conditions
Next Article Isn’t it high time for Sarawak and Sabah to make a stand?