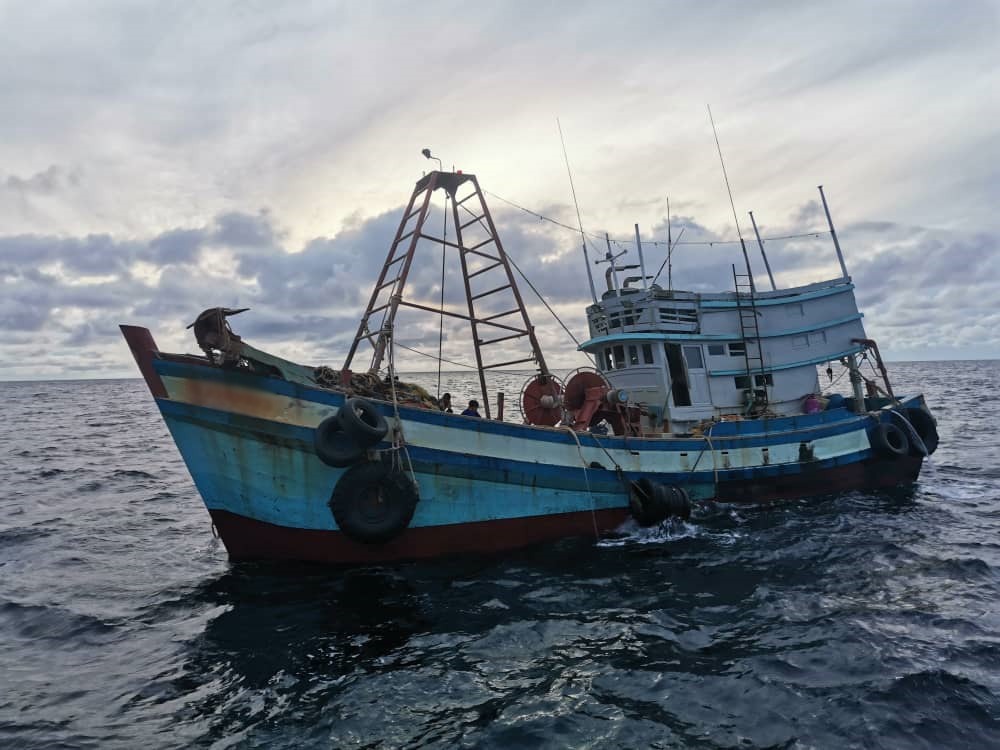 The fishing boat detained by MMEA.

KUCHING: The Malaysian Maritime Enforcement Agency (MMEA) have arrested the crew of a Vietnamese fishing boat about 56 nautical miles to the north of Tanjung Sirik for illegal fishing around 6.40pm on July 9.

“Based on the size of the catch, it is believed that the boat had recently entered Malaysian waters,” said Teh in a press statement today.

He further add that the suspects also failed to produce any documents to identify themselves and fishing permits.

The case, he said, will be investigated under the Fisheries Act 1985 and the Immigration Act 1959/63.

Meanwhile, all three suspects who were brought to the Tanjung Manis jetty were also tested for Covid-19 by personnel from the Ministry of Health.

Teh revealed that the total seizure, including the boat, was about RM1 million.