Friday, February 3
You are at:Home»News»GOF seizes 1,361 cartons of beer from store in Sibu
For the freshest news, join The Borneo Post's Telegram Channel and The Borneo Post on Newswav. 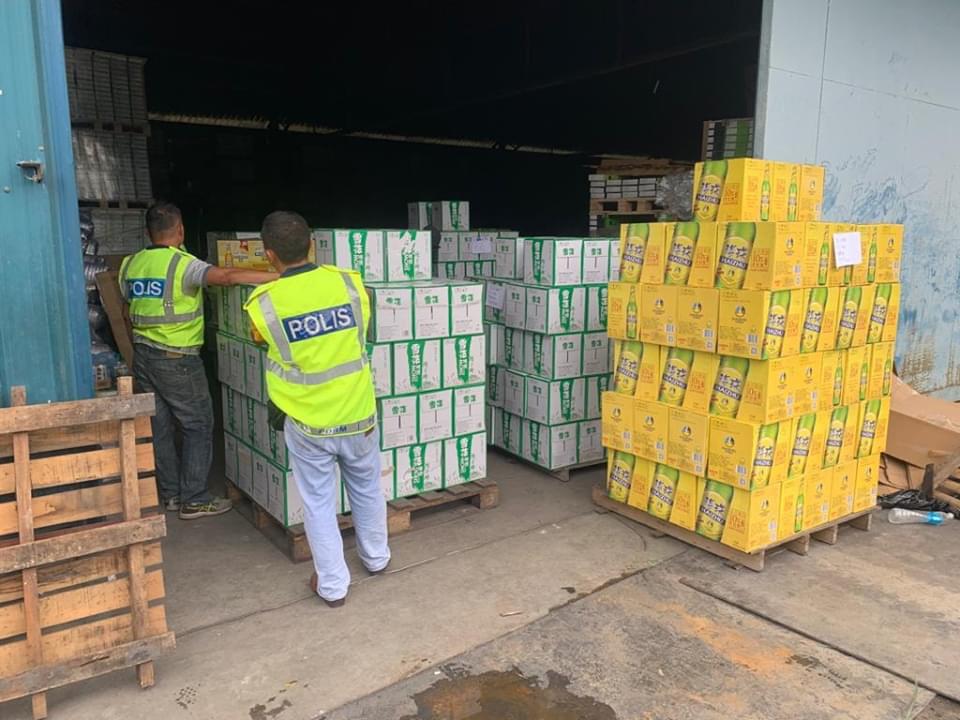 Some of the beer cartons seized by the authorities during Operation Libas yesterday.

SIBU: The 10th Battalion General Operations Force (GOF) have confiscated a total of 1,361 cartons of beer worth RM259,000 including unpaid taxes on Saturday.

Its commanding officer Superintendent Mohammad Hafiz Kadir said the seizure was made during Operation Libas at a store at Fookui Road here.

“We have also arrested a woman believed to be the storekeeper.

“We believed smugglers’ modus operandi is to use stores in Sibu outskirts to keep the goods such as beers, cigarettes and firecrackers before distributing them to surrounding areas,” he said in a statement today.

He said the smugglers also kept daily essential items at the store to avoid detection by the authorities.

The case is being investigated under Section 135 (1) (d) of Customs Act 1967 and has been handed over to Sibu police, he added.