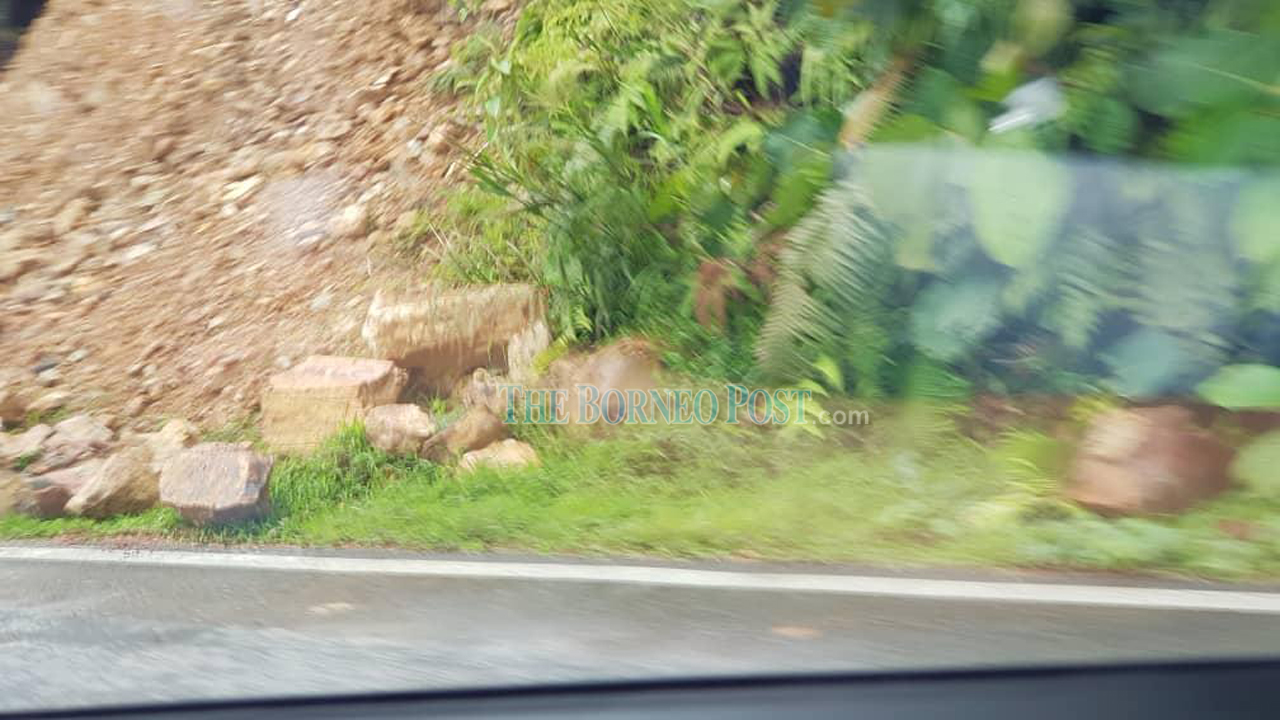 Photo taken by the motorist shows the debris of rocks and loose soil by the road section along the slope.

KAPIT: Those having to pass a corner section of Jalan Ulu Sungai Selirik, about 300m away from the road’s main traffic light, are advised to be extra cautious as the steep slope next to it has been experiencing frequent landslips.

A motorist claimed that the Fire and Rescue Department had been alerted about the situation before.

“Not too long ago, firefighters went to the site and cleared it of the debris of rocks and loose soil, which had slid over the slope.

“Landslips would strike there several times during the rainy season,” said the motorist, who requested anonymity.

He even took a photo of the site yesterday to show to the reporter.