Saturday, August 20
You are at:Home»News»MCC worried about reckless dumping of construction debris 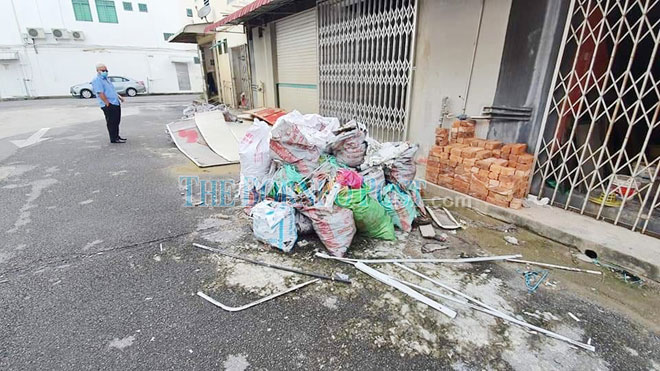 MCC calls for cooperation from the public and the contractors to not leave piles of construction debris indiscriminately as they become an eyesore and also a health hazard.

MCC’s Road Safety Sub-Committee chairman Councillor Karambir Singh, who led his team for an inspection around city last week, said the construction waste was not only an eyesore, but it also raised alarm over serious public health hazard.

“From our inspection, we observed that places such as Centre Point 2 Commercial Centre and Brighton Centre shoplots were fairly well-maintained. However, we noticed that there were piles of debris from building construction and renovation materials being dumped on roadsides. Some of the piles were quite large that they almost occupied a parking lot,” said Karambir.

In keeping with the standard operating procedure (SOP), he said they would track down the perpetrators and instruct them to remove the waste.

“Usually, the first step would be a reminder, but if the situation persists, issuance of compound would follow.”

Karambir described the irresponsible action as ‘a bad habit’ amongst the local community, which showed disregard for public health and safety.

“When they piled the debris in front of premises, such as a parking zone, they’re depriving motorists of parking spaces,” he said, citing a case at Centre Point 1 as an example, where piles of debris took almost 10 parking spaces.
The inspection was part of the sub-committee’s monthly programme to check on issues relating to road safety.