Saturday, October 24
You are at:Home»News»Sanjan Daik latest to quit DAP 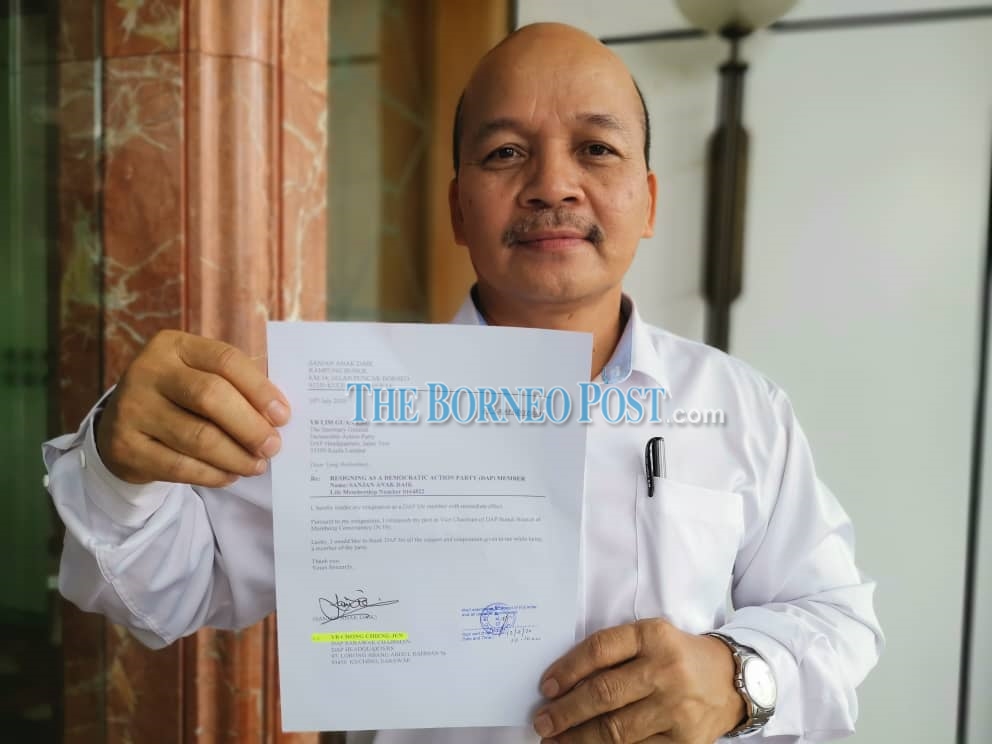 Sanjan holds up his resignation letter to DAP.

The former DAP man is the second leader who decided to resign from the party in the recent weeks.

On June 28, DAP Serian branch chief Edward Andrew Luwak announced his resignation from DAP, citing lost of faith in the party’s leadership as a reason for his resignation.

According to Sanjan, he is one of the potential candidates for DAP in the Mambong constituency.

He, however, still decided to quit DAP because voters on the ground had informed him that they had lost confidence in PH.

“The reason I quit the party is because firstly, the fall of PH early this year, and the self-destruction of PKR (Parti Keadilan Rakyat) have undermined the strength of PH/DAP.

“Secondly, the fall of PH has undoubtedly affected the voters in Mambong, in that their confidence in PH/DAP has eroded.

“Lastly, I would like to thank DAP for all the help and cooperation given to me while with the party,” he said.

To a question, he said he will consider if there was any “good offer from any political party” but he dismissed the possibility of him joining Gabungan Parti Sarawak (GPS).

“As of now, I haven’t joined any political party, but I exercise my options. I came in second in the state election in 2016,” added Sanjan, who joined the DAP on Jan 6, 2015.

During the 2016 state election, the former DAP candidate was in a three-cornered fight in Mambong where Datuk Dr Jerip Susil defended the seat after polling 6,161 votes, recording a 3,333-vote majority.