Sunday, September 20
You are at:Home»News»Seller’s initiative to sell durian by the flesh well received 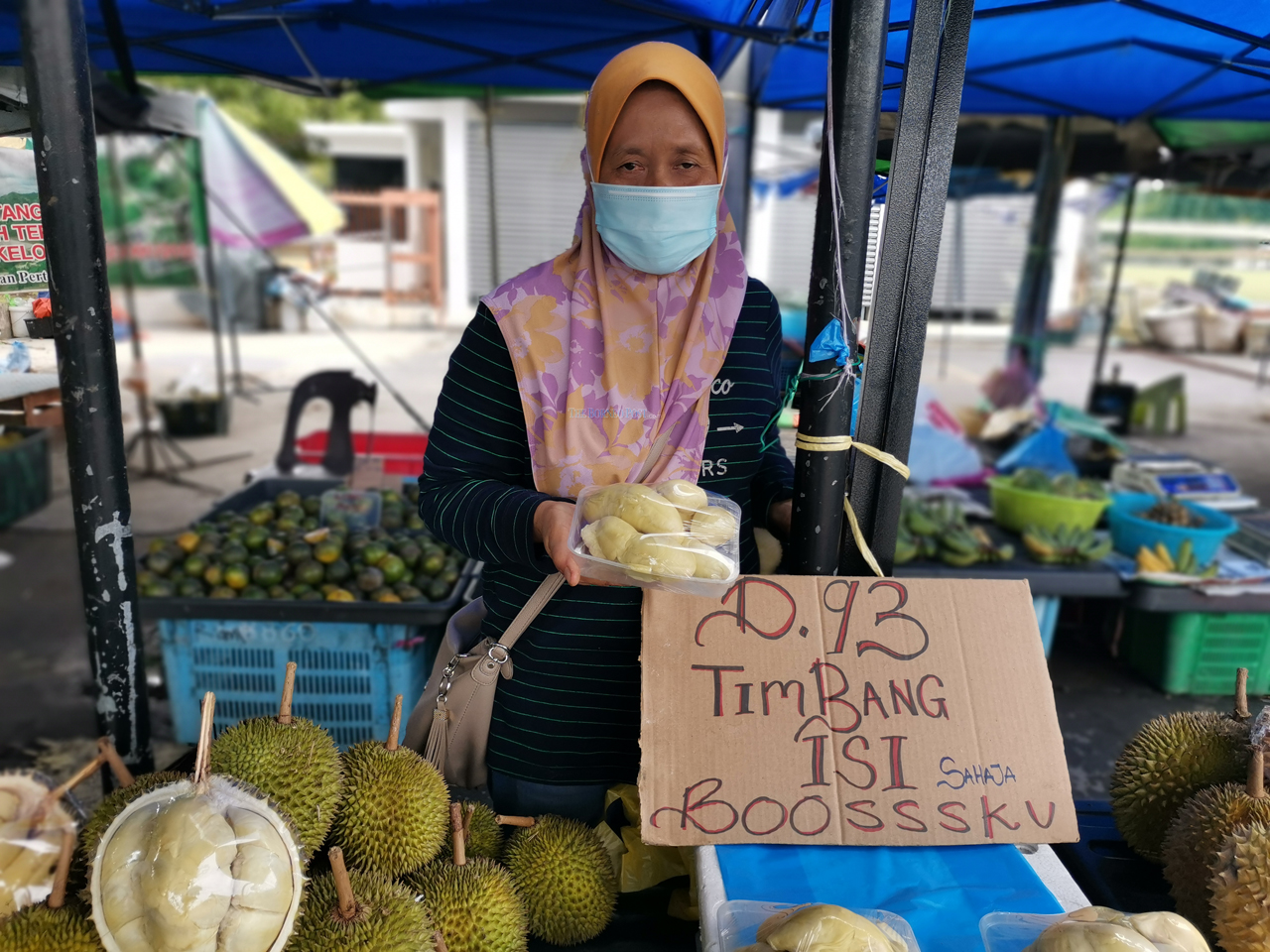 Mina shows the D93 grade durian flesh that she sells at RM25 per pack.

MIRI: Durian lovers here welcome a fruit seller’s initiative to sell the flesh of the fruit at affordable price.

Mina Hipni who sells the ‘King of Fruits’ at Tamu Muhibbah never expected her latest marketing initiative to be well received by the local people.

“We have two fruit stalls, one each at Emart Tudan and Tamu Muhibbah. My son is the one who initiated the effort after getting many suggestions from the people to sell only the durian flesh by weight,” she said when met by The Borneo Post at Tamu Muhibbah yesterday.

After taking the suggestions, Mina said her son started doing some promotion the last few days.

“All this while, we sold the durians whole as a fruit. I am very happy to see the smiles of people after buying the durian flesh because they are able to enjoy the ‘King of Fruits’ without paying for the rind and opening up the fruit.”

Compared to before, she said customers now go for variety and grade of durian fruits such as D93, Durian Ketupat and Durian Susu.

She said she sourced her durian fruits from orchards all over Miri such as Bakong, Niah, Bekenu and Lambir.

She sells the fresh durian flesh starting from RM25 per pack.

“Some people want to buy the fruit flesh by the kilogrames while some want less than one kilogramme.”

A customer, Mohd Ismail, said he visited Mina’s fruit stall at Tamu Muhibbah after seeing an interesting durian promotion on Facebook posted by her son.

At first, he was a bit doubtful with their durian promotion as normally the fruit sellers in Miri charged the fruit by the weight including the rind.

“That is why I came here today and the seller really delivered what had been said in the promotion.” To him, buying only the fruit flesh is truly worthwhile because the rind of the fruit makes up a large portion of the weight.

Noting that the price of the durian in the market is determined by its grade, he said most people feel it is not worth it to pay more for a whole fruit.