Saturday, September 25
You are at:Home»News»Foreigner dies after self-accident while test driving vehicle in plantation 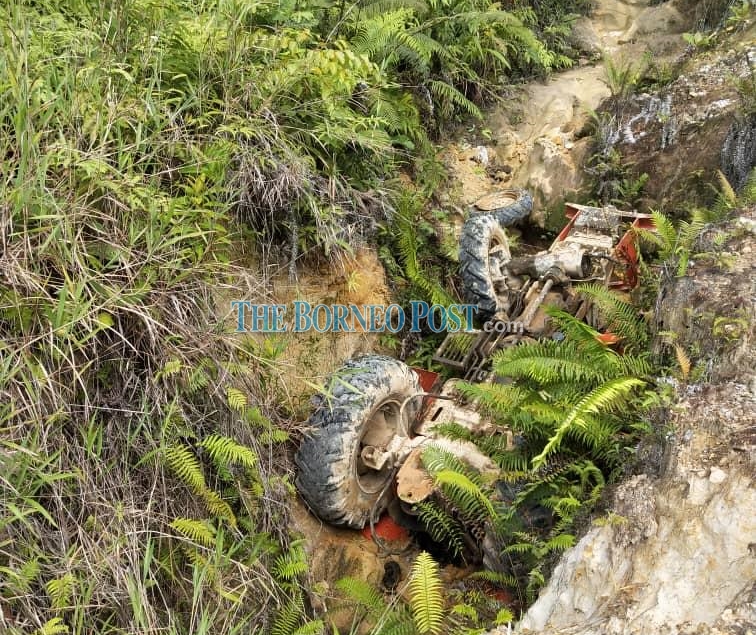 The vehicle overturned during the incident.

LUNDU: A 34-year-old foreigner lost his life while test driving a new vehicle at a plantation at Sungai Belian here on Monday.

According to Alexson, an initial investigation revealed that at around 1.30pm, the deceased lost control of the vehicle while test driving it at a hilly area at the plantation.

“During the incident, the victim was believed to have jumped out of the vehicle, but unfortunately he hit his head on a rock which caused serious injuries.

“He was later taken to the Sarawak General Hospital (SGH) but was confirmed dead at around 2.47pm,”he said in a statement here, today.

His body was later transferred to the SGH Forensic Unit for further action.

The case is being investigated under Section 41(1) of the Transportation Act 1987.