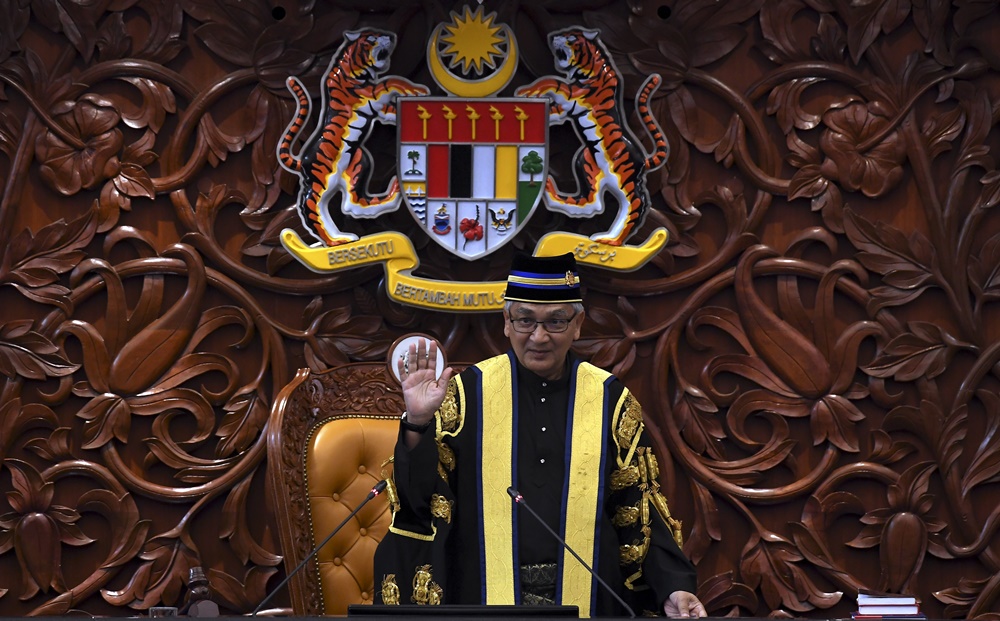 The government’s proposal for Mohamad Ariff to vacate the post as Speaker was approved by the Dewan Rakyat, despite initial opposition from the opposition. Bernama Photo

KUALA LUMPUR: The motion of the government for Tan Sri Mohamad Ariff Md Yusof to resign as the Speaker of the Dewan Rakyat was made in accordance with the constitution and is valid, said the country’s constitutional expert associate professor Dr Shamrahayu Abd Aziz.

She explained that when a motion had been received by the Speaker for inclusion in the agenda, it had actually been decided as valid in accordance with the Rules of the House of Representatives.

“If we look at the conference this morning, it is historic for the country because for the first time a motion was made to vacate the Speaker’s post.

“In my opinion, when we scrutinise the legal provisions whether the Federal Constitution or the Rules of the House of Representatives, it (the motion) complies with the stipulated rules,” she said when interviewed on the Malaysia Petang Ini programme aired by Bernama TV.

The motion was approved via bloc voting which saw 111 MP agreeing while another 109 disagreeing with the motion.

It was proposed by Prime Minister Tan Sri Muhyiddin Yassin on the grounds that there was another nomination for the post of Speaker of Dewan Rakyat.

Azhar is the sole candidate submitted to hold the post proposed by the prime minister in accordance with Rule of Meeting 4 (1), Rules of the House of Representatives.

Therefore, Shamrahayu described the proposal as a new experience for the democratic system in this country.

“The decision is a ‘slim majority’, but when it is from the point of view of the law, a small or big win remains a majority. What should be highlighted is that it gives the right to every member of the Dewan Rakyat to state his vote consciously”.

“It means that the decision received the confidence, even if it differed by one or two votes, it is a majority decision,” she said. – Bernama