Thursday, August 13
You are at:Home»News»‘Need to enhance Bomba services in Sarawak’ 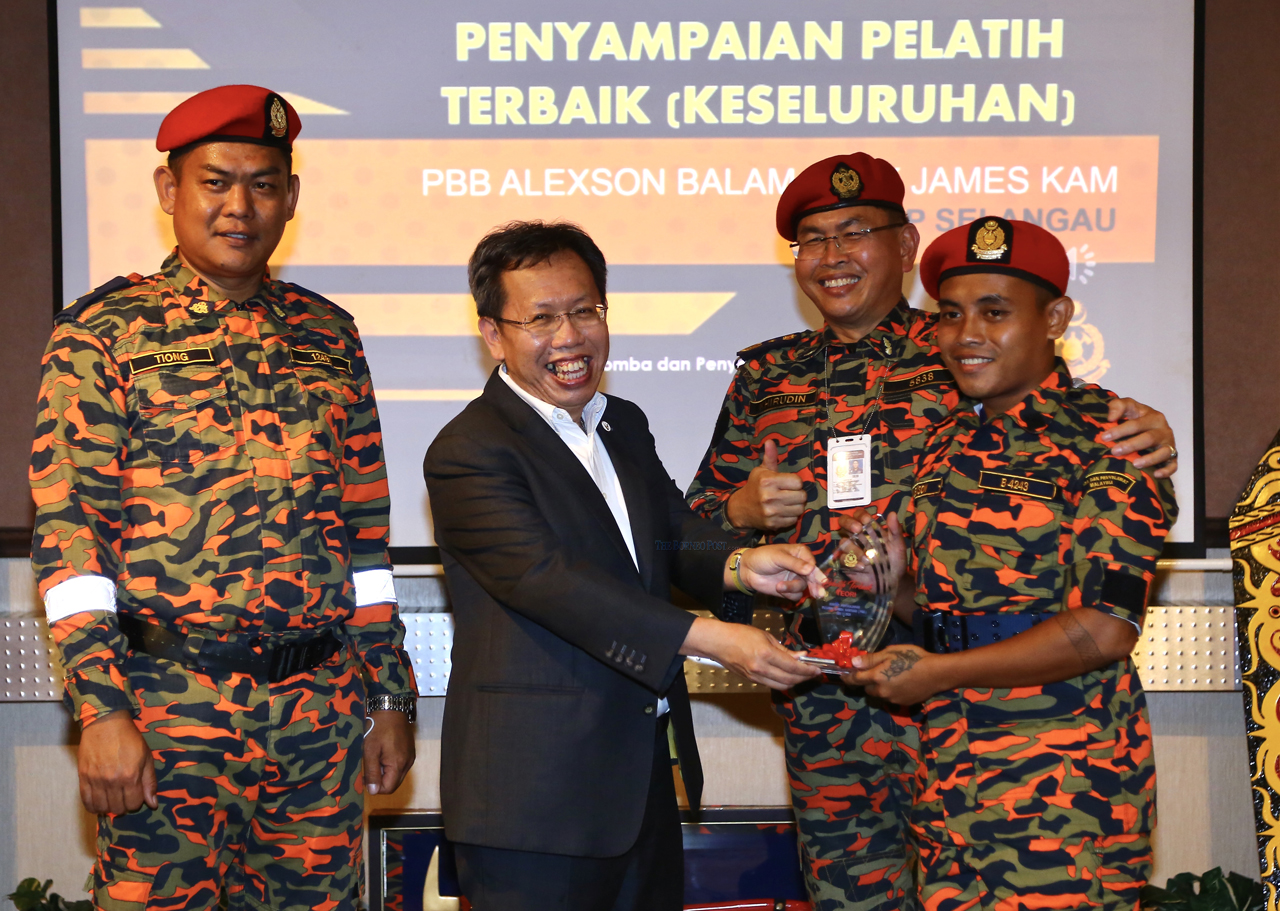 KUCHING: The Sarawak government will work closely with the federal government in building more fire stations in the state.

In this respect, Local Government and Housing Minister Dato Sri Dr Sim Kui Hian says looking ahead, Sarawak would not only need more stations, but also all types of equipment and machinery, including helicopters.

He believes that having a vast land mass but with scattered populations all over, the fire and rescue services in Sarawak must be expanded.

“Bear in mind that in Sarawak, there is oil and gas industry, and also ports handling oil and gas.

“Having this kind of industry, it requires specialised fire and rescue services – not just any ordinary equipment,” he told reporters after attending the certification ceremony for auxiliary firefighters here yesterday.

Dr Sim hoped that under the 12th Malaysia Plan (12MP), more fire stations would be built in Sarawak, adding that apart from dealing with areas or properties being struck by fire, the Fire and Rescue Department (Bomba) of Sarawak also had to deal with the haze problem.

“Every year in September, Sarawak would experience haze, and also peat fires.

“Having Bomba teams that are strong and well-equipped would significantly help them tackle all these issues,” he said.

Meanwhile, Bomba Sarawak director Khirudin Drahman said to date, Sarawak has 34 operational fire stations including the latest two — one in Batu Niah, and the other in Selangau.

He also said another five new stations should be ready for operation next year, namely those in Sibu Jaya, Bintangor, Lutong, Belaga and Asajaya.

“Currently, there are 1,300 full-time Bomba personnel in Sarawak, and the auxiliary firefighters would serve to strengthen the force,” said Khirudin.

Thirty-six auxiliary firefighters received their certificates yesterday, after undergoing 100 hours of training here over a span of 10 days. They will later be assigned to the Batu Niah and Selangau stations.