Saturday, October 1
You are at:Home»News»Sabah»RM1.15 million of drugs seized at Tawau, KK airports 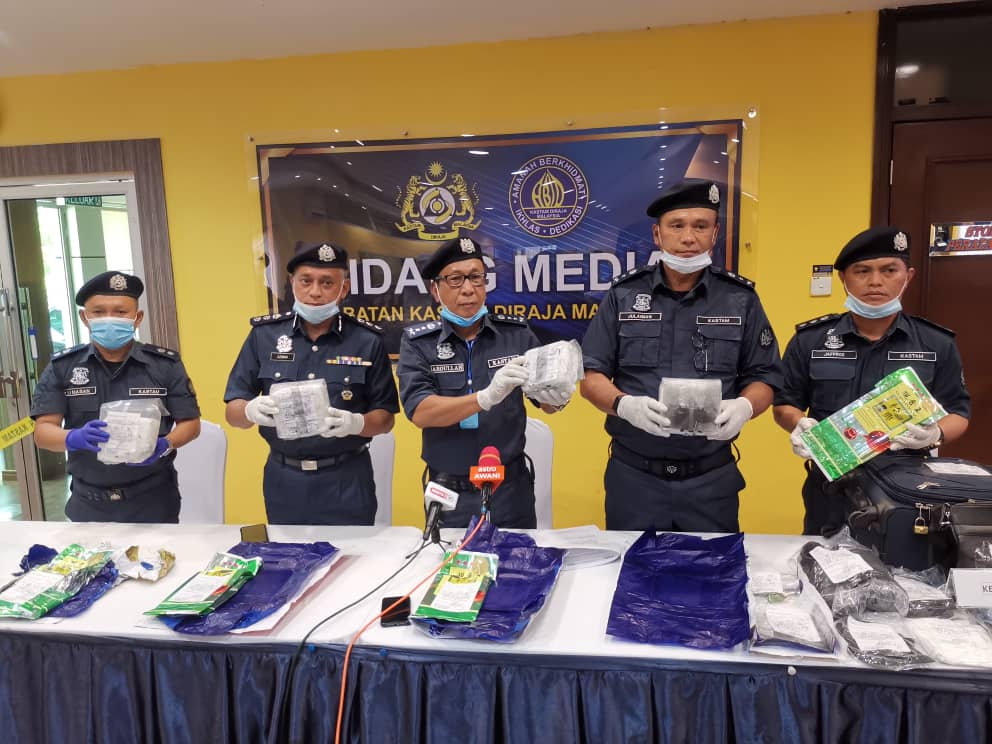 TAWAU: The Customs Department seized 23 kilograms of suspected metaphetamine worth RM1.15 million at Tawau Airport and Kota Kinabalu International Airport from July 1 to 4.

Sabah Zone Customs Assistant Director General Datuk Abdullah Jaapar said the first case involved the arrest of a 53-year-old local man who arrived at Tawau Airport aboard a commercial plane from Kuala Lumpur, on July 1 at about 11.40am.

“The suspect was held after his luggage was found to contain four packages of methamphetamine weighing 4,193 kilograms and valued at RM209,650.

“Following investigation with the help of the Narcotics Branch of the Customs Headquarters, Kuala Lumpur, a female suspect, 49, was arrested in Nilai, Negeri Sembilan for the same offense, on July 10,” he said at a press conference here on Sunday night.

The second case involved the seizure of a plastic bag that was found left in the toilet of the arrival hall, Kota Kinabalu International Airport (KKIA) on July 2 at 11.30 am.

“Further investigations led to the discovery of eight packages containing eight kilograms of suspected methamphetamine with an estimated value of RM400,000,” said Abdullah.

In the third case, the customs detained two local men who were carrying two pieces of luggage containing 11 kilograms of methamphetamine worth RM550,000 at the same location at KKIA around 12.34am on July 4.

Abdullah said all the suspects were now remanded in custody under Section 39B of the Dangerous Drugs Act 1952, while the two suspects who were arrested at the Tawau Airport will be charged at the Tawau court today.

He added the Sabah Customs also seized five containers containing liquor worth RM303,316.13 which was suspected to have not passed customs clearance with unpaid tax of RM1,268,015.44.

“The arrests were due to the success of the enforcement team at several locations including Inanam, Lok Kawi Industrial Estate and the Sepanggar Port in Kota Kinabalu on June 29 and July 7.

In this regard, Abdullah urged the public to assist the authorities in combating smuggling, especially of cigarettes, liquor, firecrackers and drugs.

“Smuggling not only harms the country in terms of loss of revenue but also poses a threat to the security and well-being of the people.