Thursday, August 13
You are at:Home»News»Sarawak»SBTCA glad with better-than-expected ridership 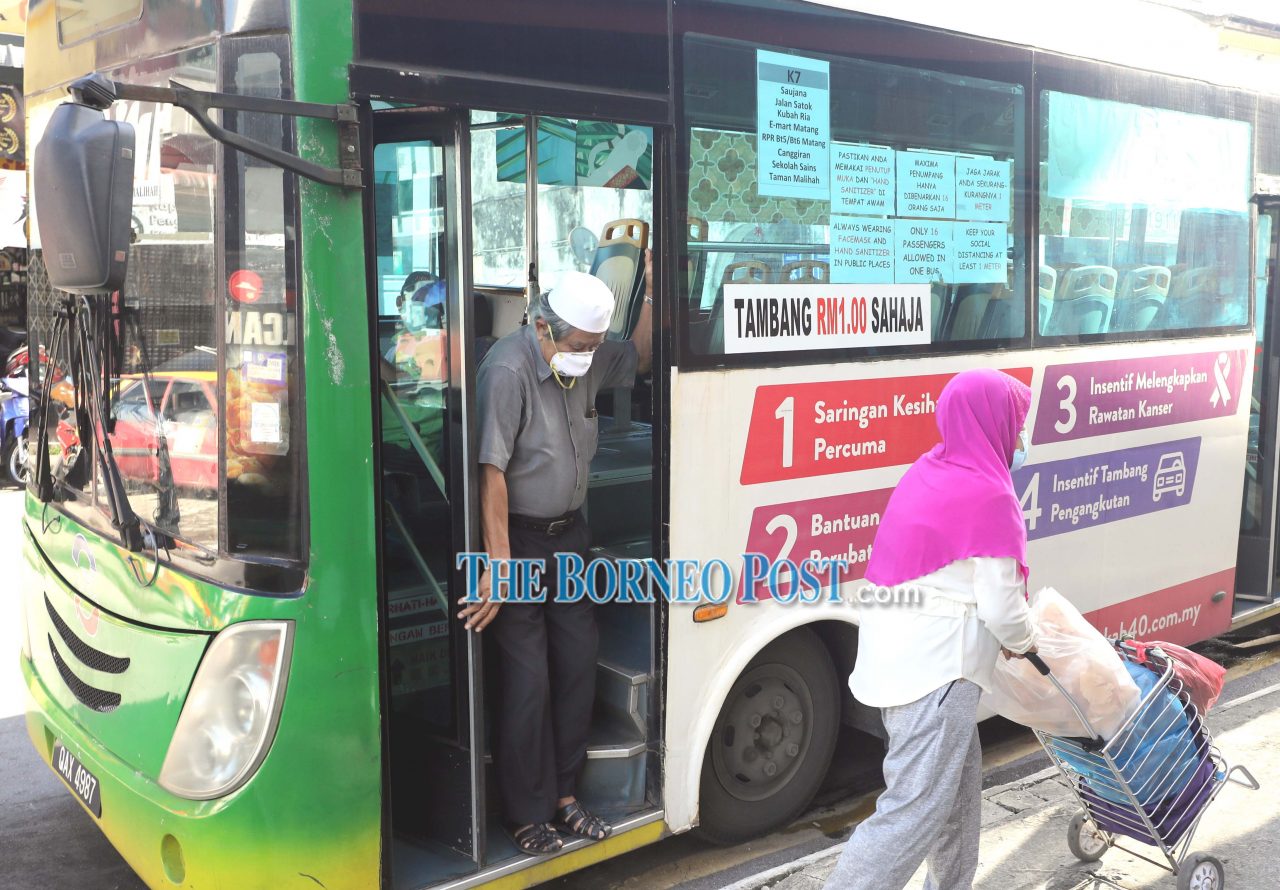 Bus passengers disembarking at a drop-off point in Kuching. — Photos by Chimon Upon

He said ridership during the current Recovery Movement Control Order (RMCO) was between 30 and 40 per cent, exceeding the initial target of between 10 and 20 per cent. 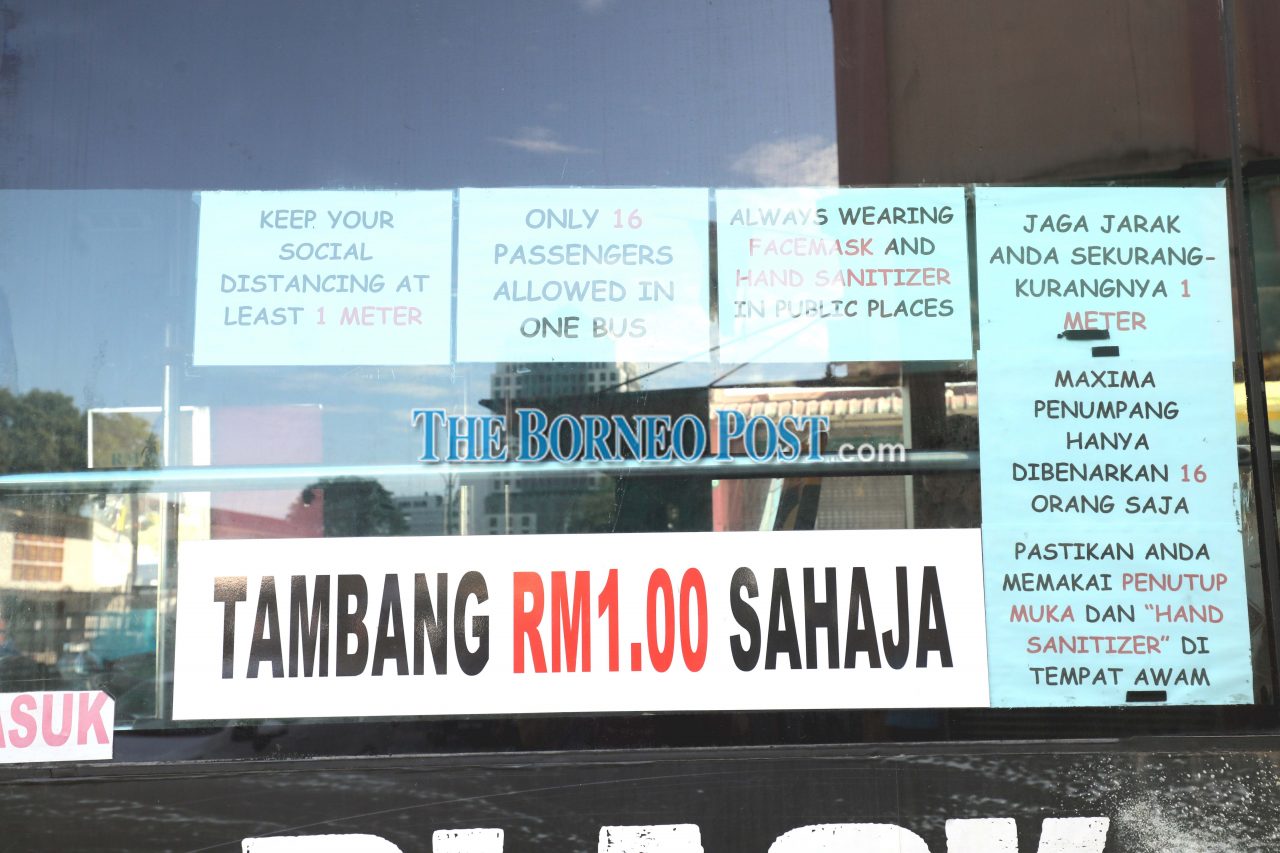 Notices put up in a bus inform passengers on the RM1 fare, while also reminding them of the standard operating procedures to be adhered to. — Photo by Chimon Upon

“The response is considered good because we expected about 10 to 20 per cent of ridership during RMCO but thanks to the RM1 flat-rate fare, we get about 30 to 40 per cent.

“Hopefully with the reopening of schools, the ridership will pick up and go up to 50 to 60 per cent,” he told The Borneo Post when contacted yesterday.

The flat-rate fare for stage buses is being implemented in Kuching, Miri, Sibu and Sarikei.

In praising the initiative, Chan said having a flat rate for bus fares benefits the community at large – the B40 group in particular – as each trip will only cost RM1 regardless of distance travelled.

“As long as you hop on the bus, it’s RM1 per trip. This is beneficial for those travelling longer distances, as you pay RM1 for a trip that costs RM2 to RM3.”

He said even though the initiative was launched in May this year, there were many who only came to know about it when they boarded the bus and told that the fare is RM1.

To a question, Chan said SBTCA had recently signed an agreement with the Sarawak government to run the RM1 flat-rate fare until the end of this year.

He said the bus companies involved in the initiative throughout Sarawak have about 120 buses between them but due to the RMCO, the current running capacity is between 60 to 70 buses.

However, he said should the ridership pick up, the bus companies will look to operate at increased or even full capacity.

On complaints of irregular service, Chan conceded that bus operators are aware of the problem and called on the public to help by providing the relevant details such as route and the bus company involved.

“We urge the public to provide us with specific information like area, date and time, otherwise it would be difficult for us to monitor or understand what you are talking about because there are situations whereby the bus breaks down.”

He also said that depending on the area being serviced, the waiting time that riders can expect is “usually 30 minutes to an hour”.

“To help us improve, anyone with complaints regarding infrequency of service send an email to [email protected],” he said.