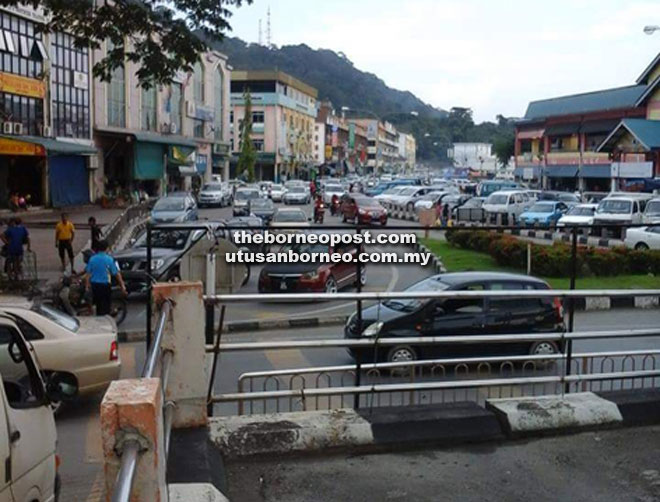 MIRI: Parti Bumi Kenyalang (PBK) is calling on the state government to build an alternative road to Limbang and Lawas bypassing Brunei to allow hassle-free for the local folk so as to spur economic and social development especially in the northern region.

In a joint press statement here today, PBK vice president Peter Asut and PBK supreme council member Ignatius Joseph Bunsuan said it is high time that the state government planned an alternative route that connects Limbang and Lawas with other parts of the state via Miri without passing through Brunei.

“Let us learn the lesson during the Covid-19 pandemic where our neighbouring country Brunei closed their border to prevent the spread of the virus. It was in fact a real challenge to travel out of these two districts because of the closure of Brunei borders,” they said in the statement.

Peter, who is PBK’s aspiring candidate for Ba Kelalan seat in the next state election, added that with the Brunei government imposing BND3 (RM9.22) on people passing through its land control post from Aug 1, the state government must act fast to build the alternative road.

He stressed that without such a road, Limbang folk especially would be facing difficulties to travel either to Lawas or Miri as it is geographically sandwiched by Brunei.

“It is going to have a huge impact on those who come from lower income groups and those who need to travel often due to work between Limbang, Lawas and Miri,” he said.

In addition to building the new route, Peter said the state government must also follow up on the Sabah-Sarawak Link Road (SSLR) project which was launched by former Works Minister Baru Bian in November last year.

“Initially the road was approved by the previous Pakatan Harapan (PH) government. To ease the burden faced by those in Limbang and Lawas from the high cost to travel by land after Aug 1, the government must ensure that the SSLR project is completed as scheduled,” he said.

The project costing RM5.2 billion is expected to be completed by 2030 and the 2020 Federal Budget had included funding of RM600 million for the first package of the project.

The second package on the other hand, is expected to be completed in 2030 covering Pa’ Berunut to Long Lama (160km) and include spur road (175km).

The SSLR project was said to be the last frontier to connect rural areas in Sarawak and Sabah by replacing logging roads.

Previous ArticleMohd Khairuddin: Several measures taken to help farmers affected by falling prices of commodities
Next Article Wee: MBKS will revoke operating license of eateries if SOP not complied with