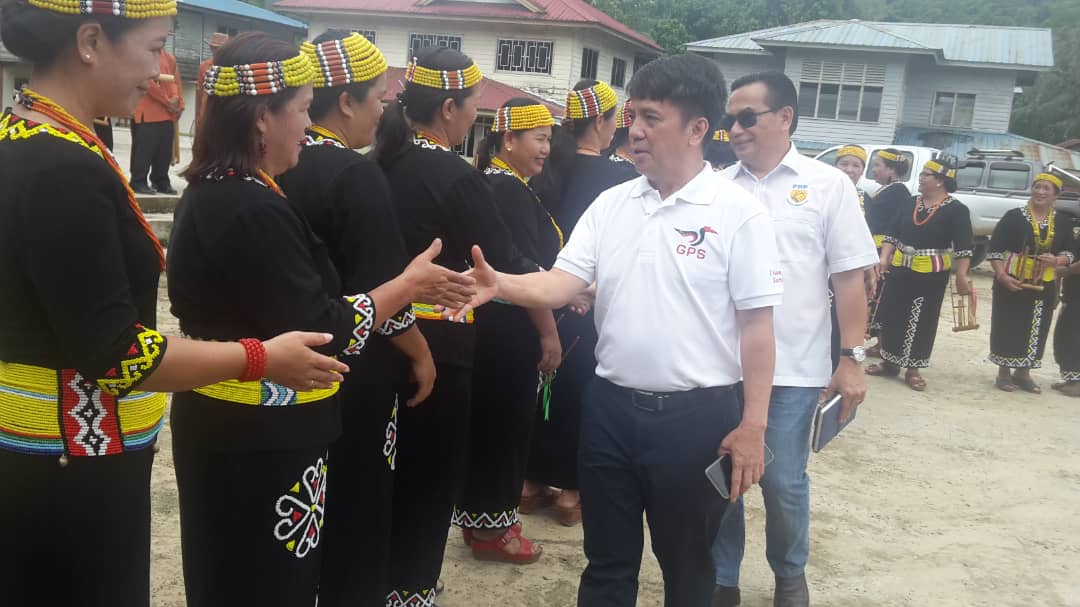 The photo of Sam accompanied by Robert during a visit to a village in Lawas last week sparked the speculation that he is PDP’s Ba Kelalan candidate.

He told The Borneo Post today that PDP president Datuk Seri Tiong King Sing had given his endorsement to Sam to contest on the Gabungan Parti Sarawak (GPS) ticket.

“Yes, Sam is our (PDP) potential candidate for N81 Ba’ Kelalan. He is endorsed by PDP President Datuk Seri Tiong King Sing,” said Robert, when asked to comment on speculations on Sam’s candidacy after after a photo of him visiting a village in Lawas was circulated on Whatsapp last week.

According to Robert, the decision to pick Sam was made following feedback from the grassroots who wanted a new and young candidate to represent the party.

He added that Sam had been moving around in central Ba Kelalan and central Long Sukang in recent weeks and had thus far received encouraging response from the grassroots.

“The reception of him as the potential candidate is very encouraging. Grassroots are very supportive of him,” said Robert.

PDP secretary-general and Former Ba’ Kelalan assemblyman, Datuk Nelson Balang Rining, was previously rumoured to be the candidate and he himself had shown interest to contest for the Lunbawang-majority seat.

In a recent interview here, Nelson said he left the decision on whether or not he is a winnable candidate for the seat to Chief Minister Datuk Patinggi Abang Johari Tun Openg, who is GPS chairman, to decide.

Nelson first won the Ba’ Kelalan seat in a 2004 by-election following the tragic and sudden death of then incumbent Datuk Dr Judson Sakai Tagal in a helicopter crash.

He contested the seat on the Barisan Nasional (BN) ticket with a majority of 1,452 votes against Baru Bian who at the time stood as an Independent candidate.

Baru is the incumbent for the Ba’ Kelalan seat after winning it in the last state election in 2014 against BN’s Willie Liau.

He has confirmed that he will be defending the seat but this time, Baru would contest as a member of Parti Sarawak Bersatu (PSB) which he joined in May this year.