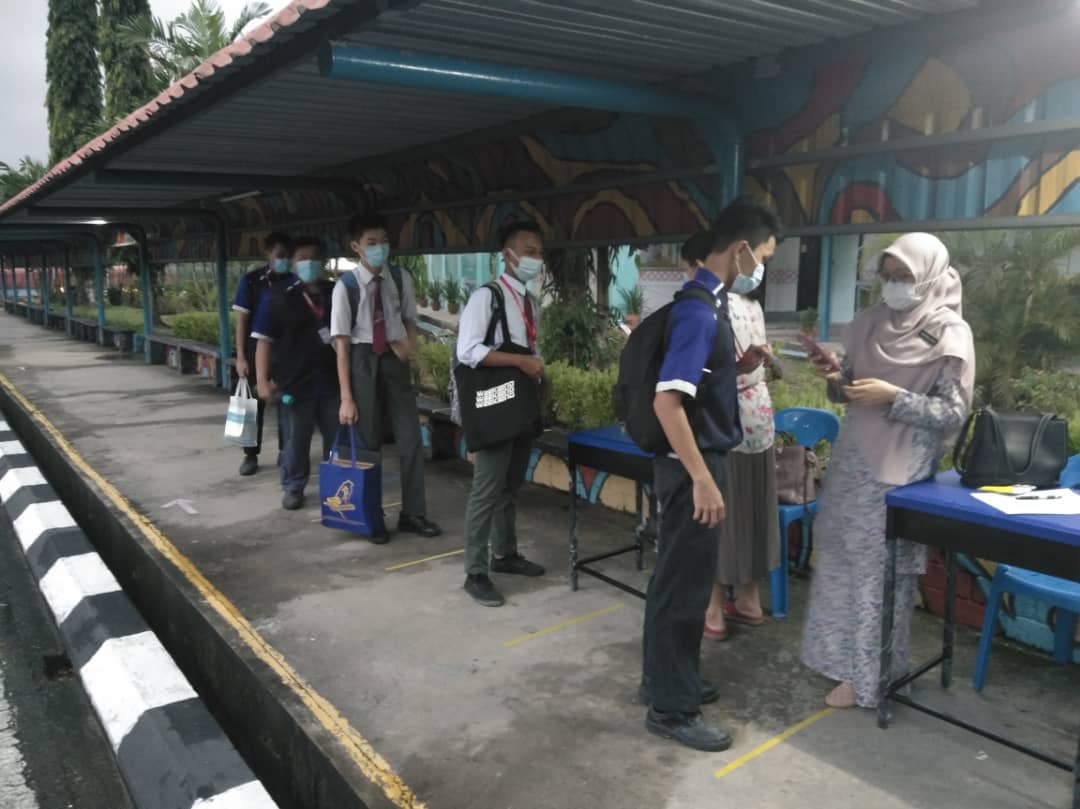 MIRI: SMK Merbau Miri has taken the initiative of introducing the Quick Response (QR) code to speed up the process of recording students’ details after they have had their temperature checked and managing their records.

“It is our pilot project to also improve our efficiency in managing student records. The system will provide the teachers an easy access to monitor the student records such as discipline, achievement and cu-curriculum attendance,” he told The Borneo Post today.

Under the system, each student is assigned a specific matrix barcode which would be laminated as a card and scanned when they arrive at the school.

In its trial run, Jumari said the school has used the system for 566 Upper 6 and Form Five students when classes resumed on June 24.

The school will be introducing the QR code to other classes which resumed today.

“I am happy that the QR code has further improved the school’s efficiency and all the registration process at the school had run smoothly,” Jumari said.

Being the school with the largest student population in Miri, he said the learning session has also been divided into two sessions as recommended by the Education Ministry under its Covid-19 standard operating procedure.

“We have about 1,500 students for Form 1 until Form 4. That is why we adopted the rotation model by having two learning sessions, morning and afternoon,” said Jumari.