Tuesday, October 19
You are at:Home»Business»Top Glove not deterred by US detention order 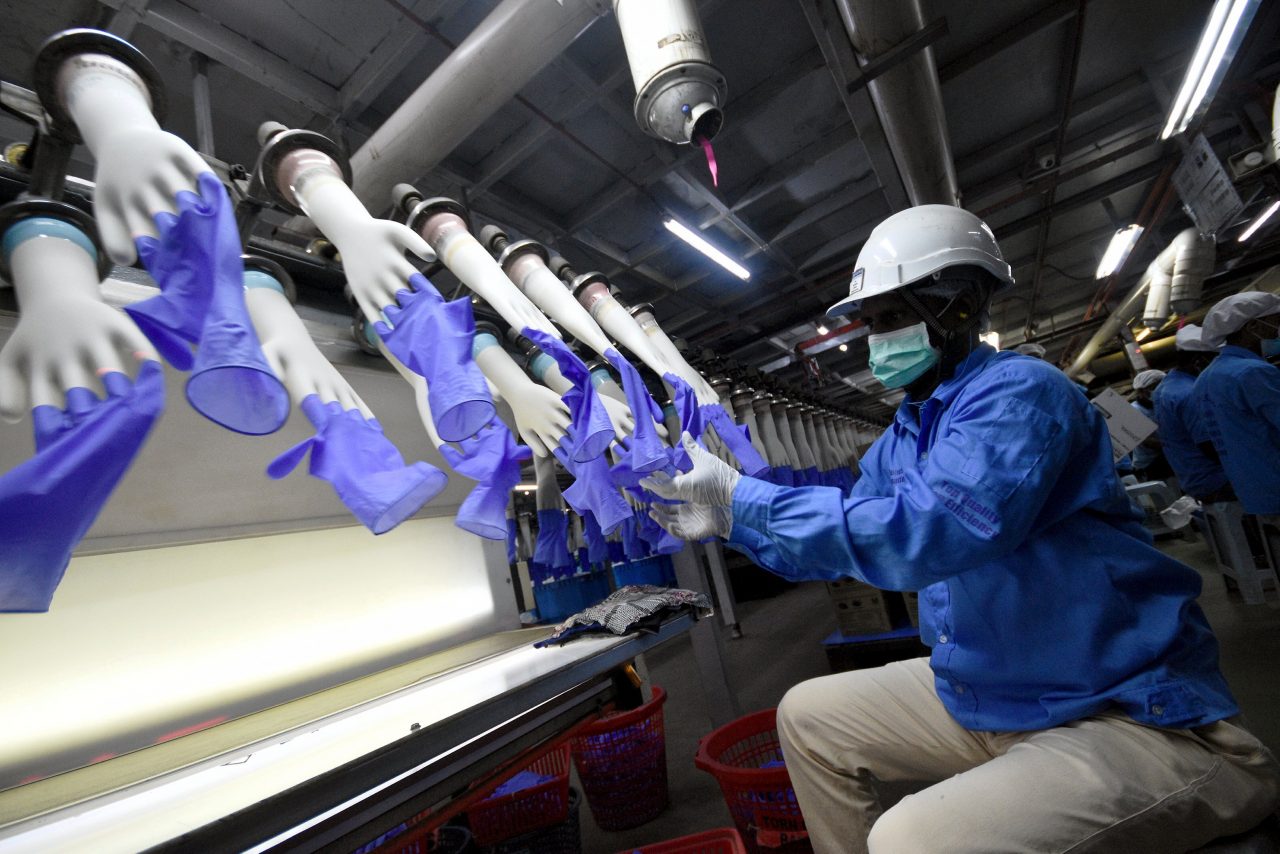 Top Glove says there is a possibility that the order might be related to foreign labour issues, which the company had already resolved except for an issue regarding retrospective payment of recruitment fees by its workers to agents prior to January 2019 without the company’s knowledge. — Bernama photo

KUCHING: Analysts are confident that Top Glove Corporation Bhd (Top Glove) is able to resolve the issue regarding detention order placed by the US Customs and Border Protection (CBP) on its disposable gloves.

The CBP had placed a detention order on disposable gloves manufactured by two of its subsidiaries, namely Top Glove Sdn Bhd and TG Medical Sdn Bhd on July 15, 2020.

This move led Top Glove’s shares to decline to a low of RM19.70 on Thursday, wiping out RM3.2 billion or about 10 per cent of its market value.

In a filing with Bursa Malaysia, the company said there was a possibility that the order might be related to foreign labour issues, which the company had already resolved except for an issue regarding retrospective payment of recruitment fees by its workers to agents prior to January 2019 without the company’s knowledge.

However, Top Glove had already borne all recruitment fees since January 2019 when its Zero Recruitment Fee Policy was implemented.

“If we agree to reimburse the recruitment fees of the one-and-a-half years ago (before January 2019), I think the CBP will release our goods.

“It is just a matter of time … we budget about RM20 million to RM50 million to settle this matter with the workers, but mainly with the activists who brought up this case,” said managing director Datuk Lee Kim Meow during a virtual media conference on the matter.

Hong Leong Investment Bank Bhd (HLIB Research) praised the glovemaker for its quick action in engaging with a consultant to help remove it from the detention list.

This is the same consultant which assisted WRP Asia Pacific Sdn Bhd (another glove manufacturer) to be released from the Withhold Release Order.

“The two mentioned subsidiaries accounts for half of Top Glove’s North America sales or at 12.5 per cent of the overall sales volume,” it said in a company review yesterday.

“Currently, the two subsidiaries are still able to ship goods to the US. However, it will be parked at the warehouses/free trade zones until the issue clears. Top Glove feels the time frame of two to four weeks is sufficient for it to be removed from the detention list.

“However, we believe if there are any delays in resolving the issue, Top Glove is capable to use its other subsidiaries to ship out the orders.”

AmInvestment Bank Bhd suggested that the gloves under detention can be recalled to be sold to customers in other countries.

“The average selling price (ASP) in the US is estimated to be at a five per cent premium compared with that in other countries while spot prices are similar with other countries,” it said in a separate note.

“Considering the current demand conditions, it will still be profitable for the group if they choose to reroute the gloves.

“We are neutral on this news as we think that Top Glove will be able to solve the matter within a month. We believe that in the worst case scenario, the group will not face problems selling its gloves to customers in other countries due to the high demand during the Covid-19 pandemic.”

“Paired with the shortage of gloves globally, we are optimistic that this issue will be resolve quickly as delays will further widen the demand-supply gap,” it continued.

“Being the world’s largest glove producer, we feel that it is “too big of a shoe” to be filled by other glove makers.”