Wednesday, September 23
You are at:Home»News»Police hit the brakes on Sarawak Day convoy in Miri for flouting condition 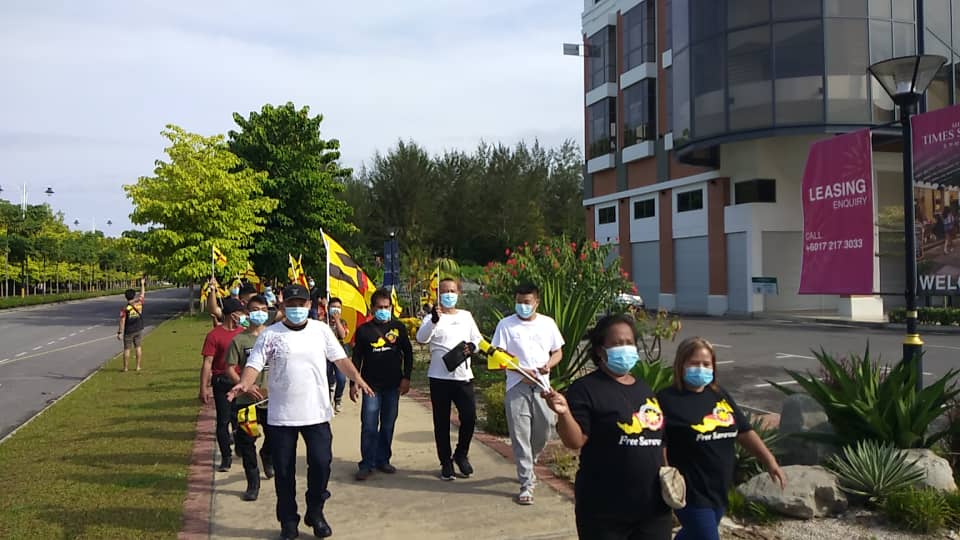 MIRI: A vehicle convoy to commemorate Sarawak Day here did not go on as planned after the police required its 50 participants to walk instead.

Miri Police Chief ACP Lim Meng Seah said the police had the right to stop any organiser from running their events if they fail to comply with the Peaceful Assembly Act 2012.

He said the law had been amended in 2019 to include Section 4 (1) which allows street protests including parades.

“We had informed the organisers that they cannot hold a vehicle convoy but they went against the condition. Therefore, the police have the right to stop their convoy,” he said when contacted.

He also said that police presence at the event this morning was normal as they have to monitor the event under Section 15 Peaceful Assembly Act for security and sensitivity.

A letter, sighted by The Borneo Post, from the police to the organiser on July 21, 2020 had stated that a vehicle convoy was not permitted.

Signed by Lim, the letter said the police only allowed a parade on foot and in accordance with a list of dos and don’ts.

A spokesman, Yeo Yaw Lee, said they were happy to carry on with their event after some misunderstanding among the event participants.

He said the 2020 Miri 722 Convoy was initially planned as a vehicle convoy to promote the significance of Sarawak Day but the plan was changed at the last minute to a foot parade due to Covid-19 pandemic.

He said they had targeted about 20 vehicles involving 30 to 40 participants for the convoy.

The parade, which lasted about an hour, started from the Miri Times Square to the Miri Waterfront Commercial Centre.