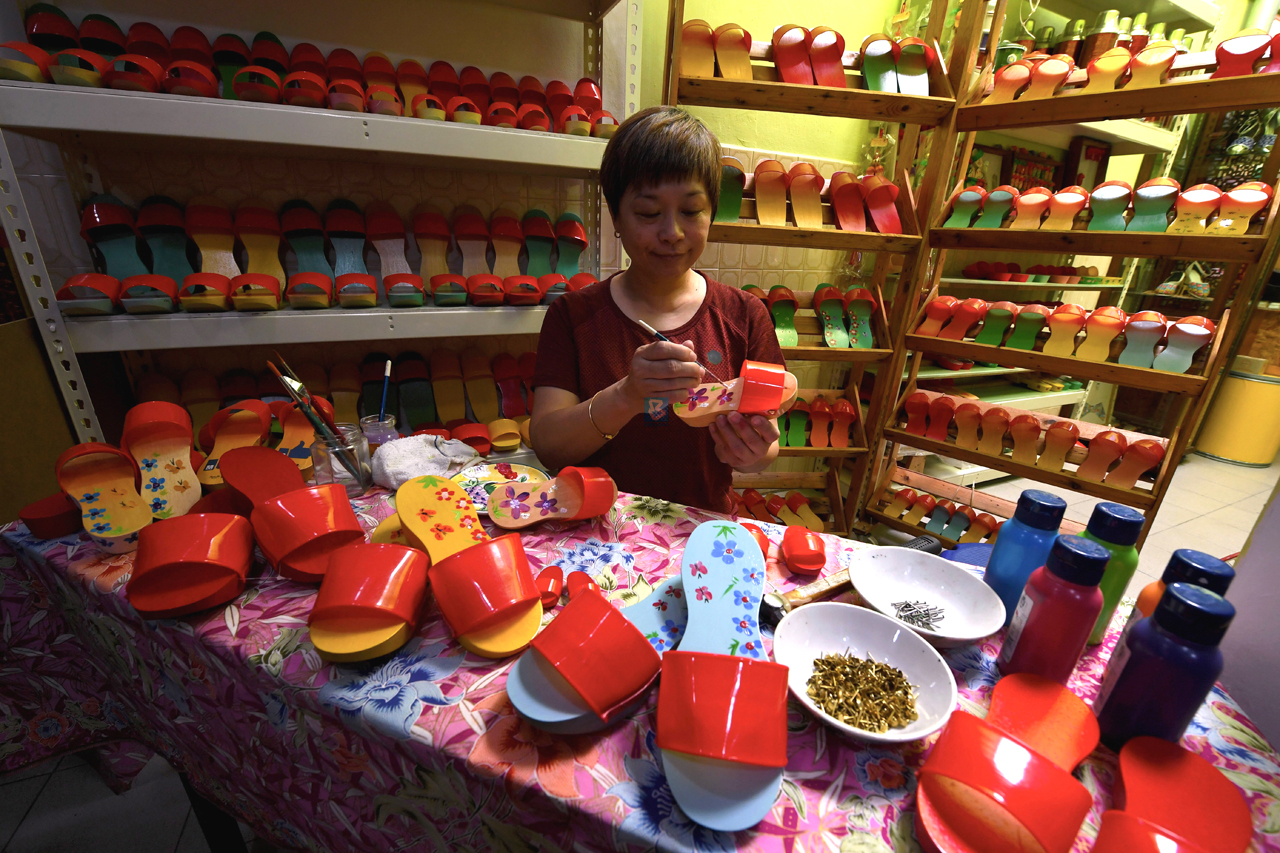 Angeli says wooden clogs have always been a Penang’s cultural heritage and the traditional footwear and hoped interest in wooden clogs would attain the level they used to be as a traditional household item back in the 1970s. — Bernama photos

GEORGE TOWN: A 52-year-old Penangite hopes that the craft of making Kah Kiak, a hokkien slang for wooden clogs, would receive official recognition as an intangible cultural heritage by the United Nations Educational, Cultural and Scientific Organisation (Unesco).

Clog maker, Angeli Choo told Bernama that wooden clogs have always been a Penang’s cultural heritage and the traditional footwear is getting quite a following among locals and tourists.

She also hoped interest in wooden clogs would attain the level they used to be as a traditional household item back in the 1970s.

“Today, it is rare to see the younger generations showing interest, let alone wear them, so we found  elderly folks are bringing their grandchildren to my store to educate them about our customs and culture,” she said in her store at Jalan Rangoon here.

She said her business in crafting and selling wooden clogs started off as a hobby and she encouraged her children to help out during their school holidays.

“After a while, my hobby caught public attention and they asked if we are selling them, and by then my husband suggested that we could turn it into a business,” she said.

Choo said she and her husband Teh Guan Heng, 52, started their secondary business selling wooden clogs in 2014, under the name ‘Patricia Choo Collection’, in memory of Choo’s mother.

The secondary family business was set up together with Eng Hong Heong Trading under the same roof, selling prayer items.

She said they used to make between 10 and 15 pairs of wooden clogs a day as they were handmade from woodcutting to painting.

“Due to the growing demand, we now have a factory for woodcutting and sanding, while the remaining processes such as nailing and painting are still done manually here in the store,” she said.

Meanwhile, Choo said due to the ongoing Covid-19 pandemic, her customers have narrowed to locals and domestic tourists.

She said before the Movement Control Order (MCO), her shop was one of the recommended destinations by tour guides who helped to attract numerous tourists from overseas.

“We had plenty of tourists from Singapore, Indonesia and even from Europe visiting the store to purchase the wooden clogs as souvenirs.

“Fortunately, when domestic travelling was allowed during RMCO, we saw purchases by customers coming from other states such as Kelantan, Terengganu and Kuala Lumpur,” she said.

She added that the wooden clogs were also popular among Malays as they were often wore them to suraus.

The handmade wooden clogs are priced at RM20 a pair, while the hand-painting item costs RM38. — Bernama