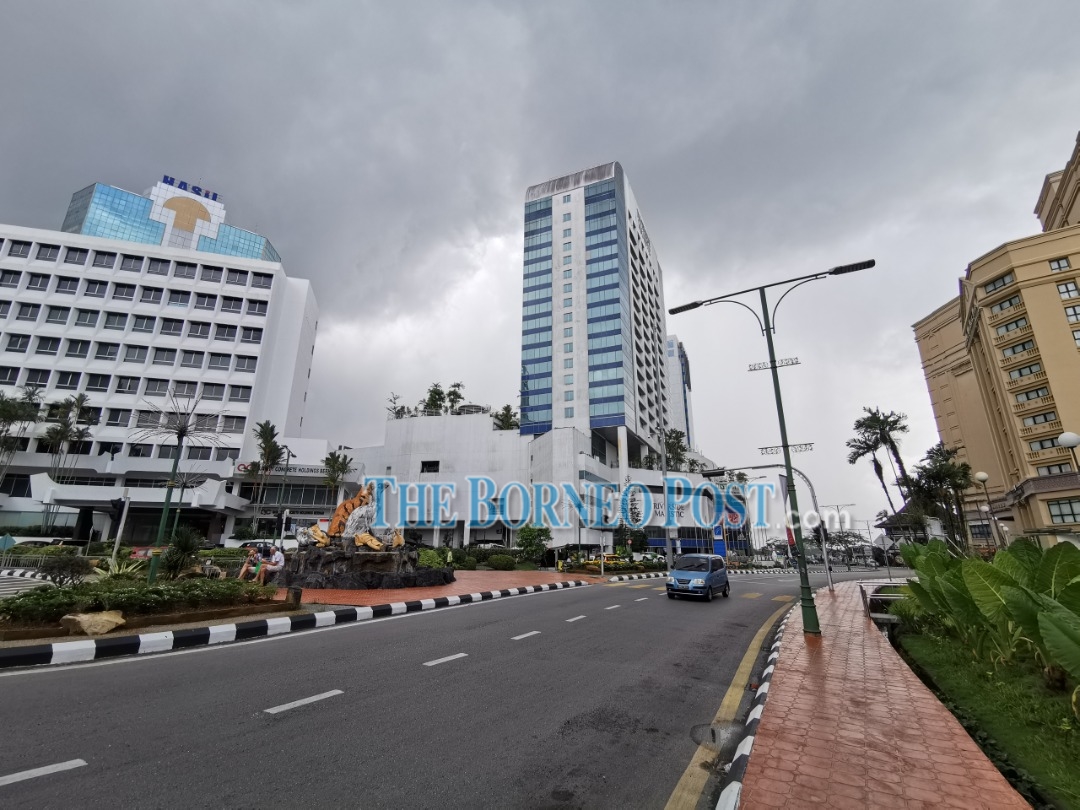 A section of Jalan Tunku Abdul Rahman near Kuching Waterfront looks almost deserted in the photo taken soon after the Movement Control Order was implemented in March. – Photo by Roystein Emmor

“The number of local cases is still 36; the rest are imported cases,” Uggah, who is also a deputy chief minister, told The Borneo Post when contacted today as the number of cases recorded in Kuching rose to 48 in the two-week period.

Kuching was the last ‘red zone’ district in the state before it eventually turned ‘yellow’ and then ‘green’ earlier this month. However, the district lost its ‘green zone’ status in just two days as it returned to ‘yellow’ on July 10.

Of the 40 districts in Sarawak, Kuching, Samarahan and Bau are currently ‘yellow’ zones while the rest are ‘green’. Samarahan has recorded five cases in the last 14 days, and Bau, one.

Today, SDMC said in a statement that there are four new cases in Sarawak and all of them were in Kuching, where 11 out of the 18 deaths from Covid-19 in the state were also recorded.

Kuching currently also has two of the state’s biggest Covid-19 clusters – the Sentosa Cluster with eight cases and the Stutong Market cluster with seven cases.

The total number of Covid-19 cases in Sarawak as of today is 628.