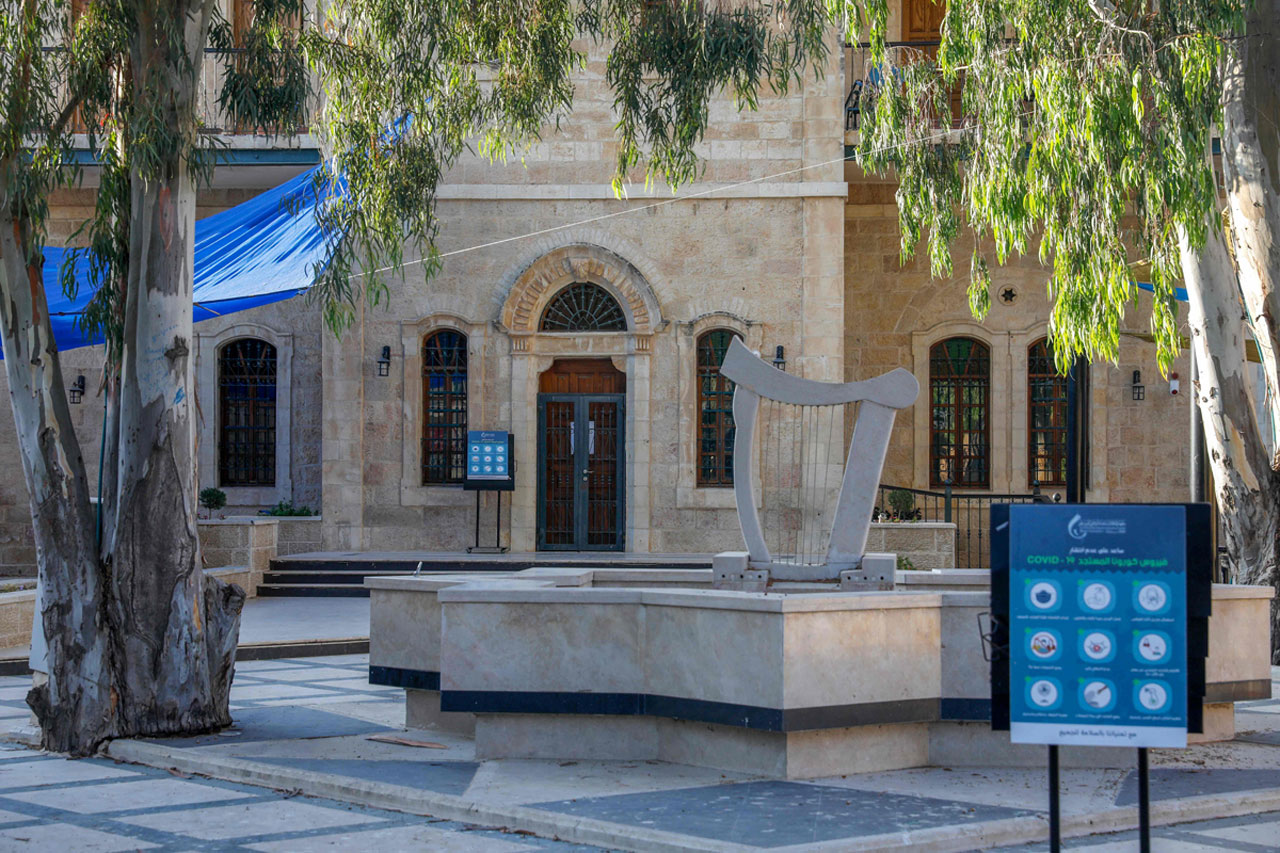 A picture shows the Palestinian National Conservatory of Music that was raided Wednesday by Israeli police and tax investigators, in east Jerusalem. — AFP photo

JERUSALEM: Israeli police released two prominent Palestinian cultural leaders on Wednesday hours after arresting them in east Jerusalem on suspicion of “funding terrorism”, one of their lawyers said.

Rania Elias, who heads the Yabous Cultural Centre and her husband Suhail Khoury, Director General of the Edward Said National Conservatory of Music, were detained at their home in Jerusalem’s Beit Hanina neighbourhood.

The Yabous centre and the conservatory were also raided by police and Israeli tax investigators, with documents confiscated.

According to Odeh, the couple was “detained on charges of financing terrorist organisations”.

But he stressed that Israel’s broad anti-terrorism laws include a wide range of offences, including accepting money from organisations that the Jewish state has labelled as “terrorist”.

Israeli police spokesman Micky Rosenfeld said in a statement that police, with tax authorities, detained “three suspects… in connection with tax evasion and fraud”, without mentioning the individuals by name.

He confirmed the searches “at two organisations that were run in east Jerusalem claiming that they were involved in Palestinian culture.”

He made no mention of terror-related offences.

But documents sent to AFP by a conservatory official, presented by police at the time of the search, reference “suspicion of money laundering (and) funding terror”.

The third person arrested was Daoud al-Ghoul, director of the Jerusalem Arts Network, an official at the Yabous centre said.

The Palestine Liberation Organization condemned the arrests and raids as part of “Israel’s violent and systematic campaign against Palestinians in occupied Jerusalem”.

The Yabous Cultural Center in east Jerusalem was established in the mid 1990s with a mandate to celebrate Palestinian culture and Arab heritage in the city.

The conservatory, named after the late Palestinian intellectual Said, has branches in Jerusalem and across the occupied West Bank.

Its mandate is to promote music and music education among Palestinian communities.

Israel occupied east Jerusalem in the 1967 Six-Day War and later annexed it in a move never recognised by the international community.

It considers the entire city its capital, while the Palestinians see the eastern sector as the capital of their future state. — AFP