Thursday, December 3
You are at:Home»News»Nation»No road blocks, people can travel to hometowns for Aidiladha – Ismail Sabri 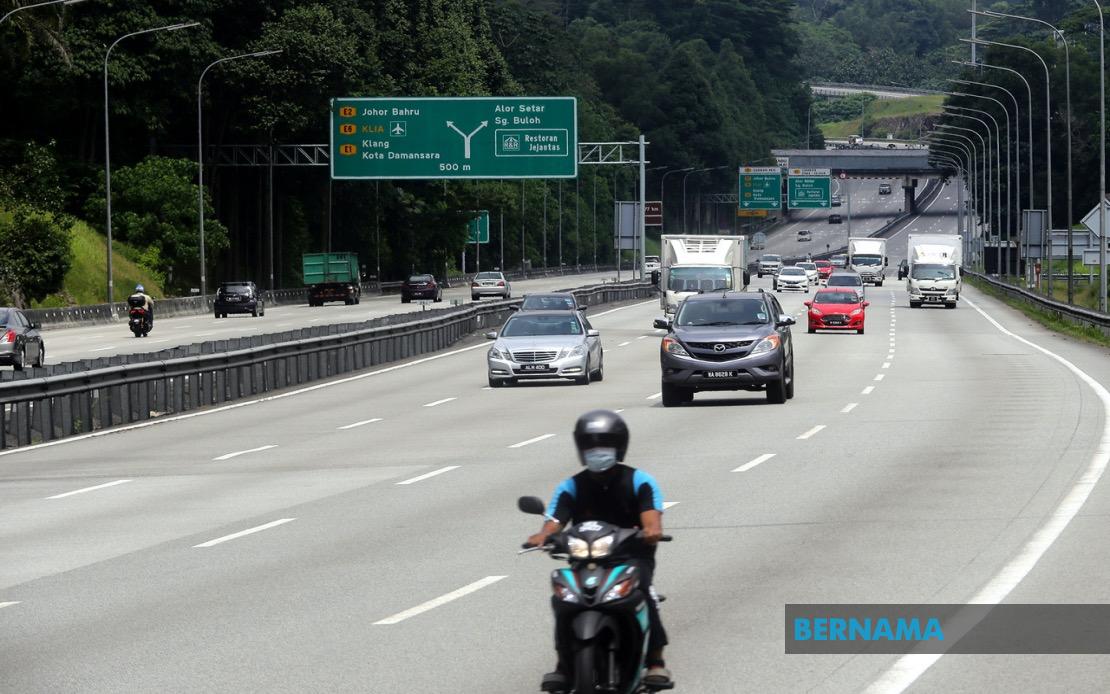 The public can travel to their hometowns to celebrate Hari Raya Aidiladha as there will be no roadblocks including for interstate travel. –  Bernama file photo

KUALA LUMPUR: The public can travel to their hometowns to celebrate Hari Raya Aidiladha as there will be no roadblocks including for interstate travel, said Senior Minister (Security Cluster) Datuk Seri Ismail Sabri Yaakob.

However, he reminded people to always observe the standard operating procedure (SOP) to curb the spread of Covid-19.

“Observe the SOP,  even though the government has allowed to travel back, we have to look after ourselves,” he said in a press conference on the Recovery Movement Control Order at the Parliament building here today.

He was replying to a question if interstate travel will not be allowed as the Royal Malaysia Police and the Malaysian Armed Forces have set up camps along several highways.

Meanwhile, Ismail Sabri said the government decided today to review the SOP for Hari Raya Aidiladha and Qurban (sacrificial ritual) after taking into account the risk of the spread of Covid-19.

He said on the sacrificial ritual, the government had decided to limit it to 10 animals for mosques and surau, including at locations permitted by the District Religious Office and the local authorities.

He said this limit was subject to the size of the location for the ritual.

“However, the government is encouraging the ritual to be performed at slaughter houses under the Veterinary Services Department and licensed private slaughterhouses.

“The number of people during the sacrifice is 20 per animal and meals are not allowed at the site except packed food,” he said.

Commenting further, Ismail Sabri said the slaughter of the animals can only be conducted for four days, including on the first day of  Hari Raya Aidiladha, after the Aidiladha prayers and the three Tasyrik after that (Aug 1-3).

“However, considering that Hari Raya Aidiladha falls on Friday, it is encouraged for the sacrifice to be done on the second day day and the two Tasyrik days,” he said.

Meanwhile, on feasts at home, Ismail Sabri said not more than 20 people are allowed at any one time.

He said people who still under compulsory home quarantine are prohibited from leaving the house, travelling to their hometowns or performing the Aidiladha prayers, or to receive guests.

“If a person wearing the quarantine wristband violates the rules, the public should report it to the PDRM (police),” he said.

He added that all the SOPs are for the Federal Territories and can be used by the state religious councils as reference. – Bernama