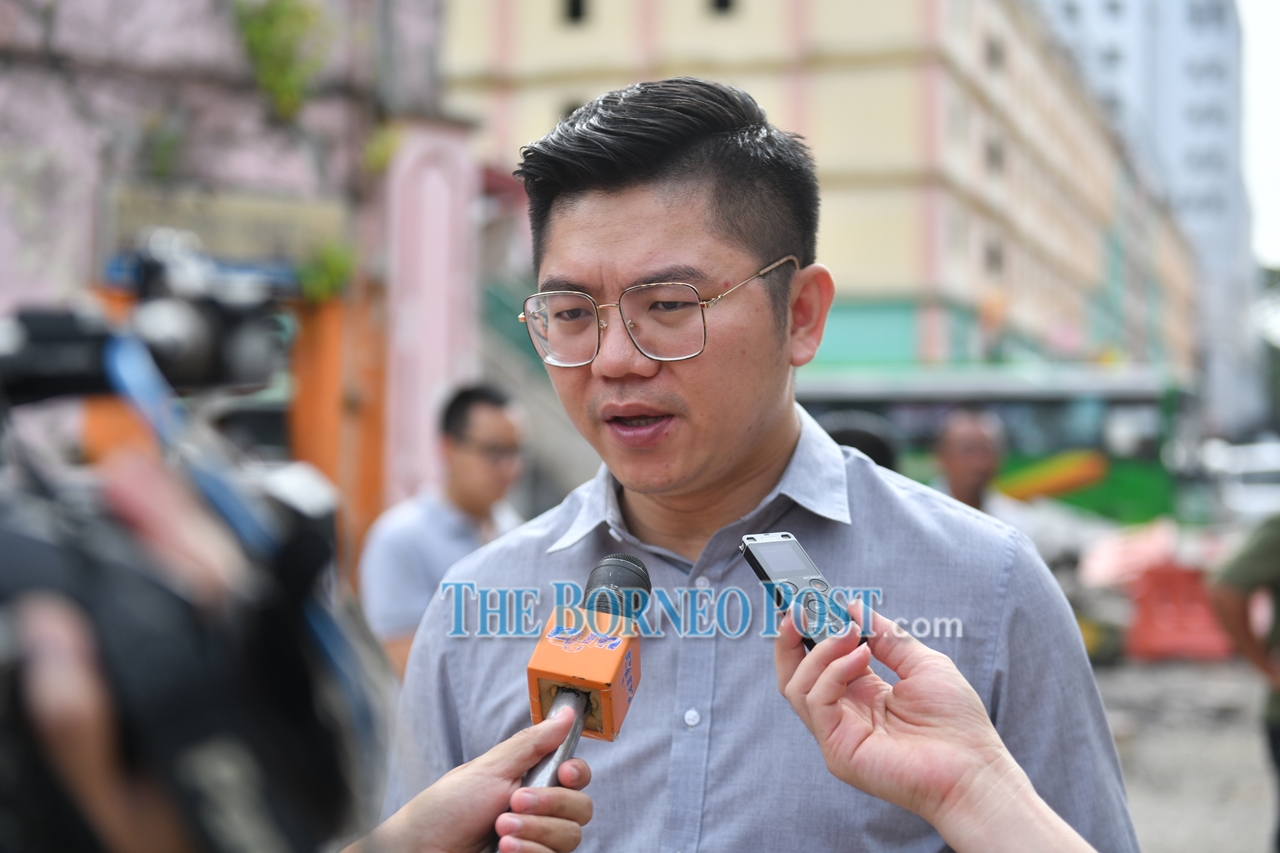 KUCHING: Padungan assemblyman Wong King Wei announced his resignation from Democratic Action Party (DAP) as well as his refusal to seek re-election for the Padungan seat in the next state election.

In a press statement last night, Wong said that while he appreciated DAP re-nominating him to defend the Padungan seat in the next state election, he had to “respectfully decline” the offer.

“I choose to announce my resignation at this point of time because I was elected as the ADUN (sic) of Padungan under the ticket of DAP, therefore I have to serve as DAP state assemblyman throughout the whole term.

“This is a gesture of loyalty to all my beloved voters. Moreover, the next Sarawak state election is just around the corner. This announcement, to me, is timely to allow time for DAP to make the necessary preparations consequential to the vacancy left by me,” Wong stated.

He said that it was not an easy decision to make and that it was with a “wrenching pain” when he cast his thoughts to DAP.

“I am of the view that the party has lost the greatest opportunity when ruling the country at the federal level, to have our ideas and dreams realised into action.

“During the 22-month rule under Pakatan Harapan (PH), what we said in front of the people and what we promised the people seemed to have gone down the drain. If we were to bring up our ideas and dreams as well as promises, the credibility of DAP would be in question.

“If we were to get back to where we started, with integrity and sincerity, it seems to me that the DAP has a lot to explain to our voters,” Wong lamented.

He also pointed out that politics was not all about launching attacks against each other.

“When DAP was the opposition, we did that a lot. When DAP became part of the ruling coalition, we still did what we used to do. The politics of Sarawak is in need of some positivity in order to see the state (of Sarawak) moving forward.

“DAP through the Socialist Youth made it public that they want to get back the Batu Lintang seat which was contested by PKR. Why are you doing this to an ally of yours? Why can’t you just sit down with your ally and sort it out among yourselves?” Wong said.

He also referred to the recent comments by a party member towards Sarawak Federation of Chinese Associations president Dato Richard Wee on social media, saying that it “made his skin crawl”.

“I have read Dato Richard Wee’s statement, which was published on July 20, and the Chinese community leader was merely offering his personal opinions about the current political situation and he predicted that urban and Chinese voters would likely support Gabungan Parti Sarawak (GPS) in the coming state election.”

Wong said it was unbelievable that party leaders could not take such comments and a party member had to resort to launching personal attacks against Wee.

“In my opinion, Dato Richard Wee was only giving his comments about the political scenario; he did not appeal to voters to vote for GPS. If DAP cannot even take comments that are not in favour of them, and has to resort to personal attacks, the party should be worried about where it is heading,” Wong said, adding that the party member’s personal attacks were entirely uncalled for and served no justice to do so towards a community leader that was well-respected by people.

He further stressed that he was growing “sick and tired” of such political means to seek survival.

“I am further disillusioned with the direction and the way the party has been managed, which has completely deviated from the aims, objectives and struggle in the early days when I first joined the party in 2006,” he said.

Wong also opined that party leaders should adopt an inclusive approach within the party, embrace every member and take in every opinion.

“Not all dissenting voices are meant to bring you down. At times, it can serve as an avenue to seek improvement; and not all pleasing statements mean well because they can blind you,” he stated.

Nevertheless, Wong said that he was grateful for the platform and opportunity that DAP had given him.

For his voters, he wished to extend his highest appreciation for their trust and support for the past 10 years.

“I thank you all for your love, criticism and even insults, because all these played a role to make me grow and mature in politics. Kindly accept my apologies for anything I might have done enough.

“In any case, if you appreciate my efforts, do keep it in your mind. I remain the ADUN (sic) of Padungan until the dissolution of Dewan (sic). And if you don’t mind at all, I shall remain a friend of yours,” Wong said.