Wednesday, August 10
You are at:Home»News»Sabah»Law firms also affected by Covid-19 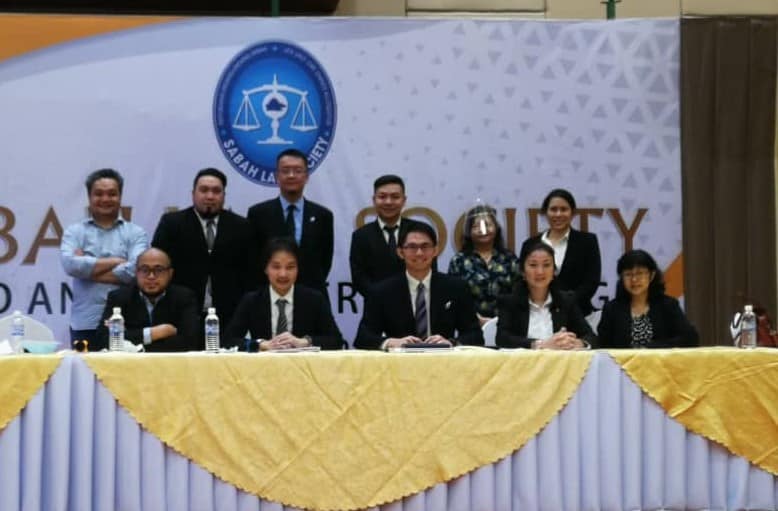 Sabah Law Society (SLS) president Roger Chin said the outbreak of the Covid-19 pandemic put a chill on all businesses, globally or locally, big or small.

Given their vulnerability to economic conditions and market atmosphere, he said small and medium enterprises are hit hardest. Law firms, especially small and medium sized ones, are no exception to the blow.

“Such a crisis has exposed and escalated the numerous challenges that are facing law firms and I express gratitude to the members of SLS for being given the honour and privilege of navigating the legal profession through the unprecedented challenges posed by the pandemic.

“There remains much unfinished business to be continued this term, many of them are taken with the aim of increasing opportunities available for the legal profession,” he added.

Chin was re-elected as the president of SLS unopposed when an election was held during the society’s third annual general meeting on Saturday.

The other office bearers re-elected for the 2020/2021 term unopposed were Mohamed Nazim Maduarin as vice president, Ryan Soo as secretary, Song Wei Wan as assistant secretary and Dominic Ghani as treasurer.

The re-elected SLS president said amongst the more pressing issues that would be focused on are:
.Establish an Alternative Dispute Resolution (ADR) Centre

.Improve the welfare of members with the establishment of funds for members and/or families of deceased members in need;
.Focus on the development of young lawyers;
.Expanding legal horizons beyond Sabah to capitalise on opportunities both regionally and internationally;
.Update the amended Advocates Ordinance to better streamline the statute and practice;
.Enforce the scale of fees as contained in the remuneration rules including by preventing any corrupt practices involving the payment of commission/referral fees in exchange for legal work;
.Uphold the Constitution and rights of Sabah within Malaysia;
.Educating students about the Federal Constitution and child rights for schools in all 26 Districts of Sabah; and plan for a new SLS building.

“In the midst of the Covid-19 outbreak, SLS will never forget that the community at large has also suffered greatly and SLS remains committed to its larger duty to the public and will continue to provide access to justice via numerous programs such as National Legal Aid Foundation, complimentary Legal Aid Clinics, MyConstitution program and Mobile Court,” Chin said.