Wednesday, July 6
You are at:Home»News»Sabah»Sabah’s tourism industry in dire straits 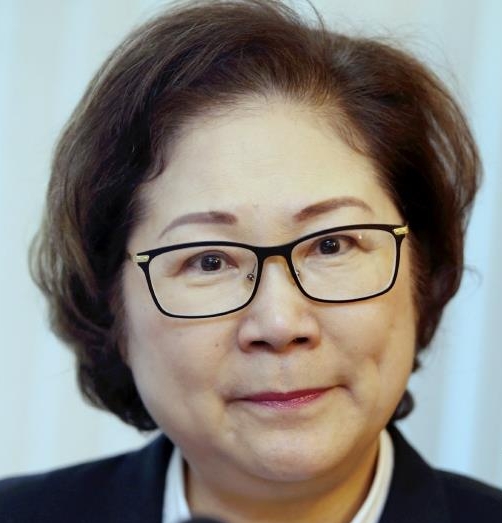 KUALA LUMPUR: Sabah’s tourism industry is in dire straits due to devastating financial setbacks from the Covid-19 pandemic.

Member of Parliament for Tawau, Datuk Christina Liew, raised this issue during the debate on the Motion of the Royal Address of Yang di-Pertuan Agong in the Dewan Rakyat, on Monday.

Expressing grave concern, she said great changes have taken place since the declaration of the Movement Control Order (MCO) by the Malaysian government on March 18.

“Tourist arrivals dropped drastically. Statistics show that from January to March this year, there was a sharp decline of international tourist arrivals by 52.7 per cent, and similarly domestic tourist arrivals plummeted by 21.3 per cent. Overall, Sabah saw a decrease by 32.6 per cent.

“With restrictions on domestic and international flights, the worst scenario was seen in April and May when tourist arrivals plunged to an all time low at 98 per cent,” she said in her debate speech, in support of the motion of the Royal Address in the Third Session of the 14th Parliament.

“I hope the Federal Government will be able to revert to the proposals from the Malaysia Association of Hotels (MAH) so that hoteliers will not become bankrupt due to the pandemic. The closure of hotels will jeopardise the livelihood of locals and increase the percentage of workers who become jobless.”

The Tawau MP noted that Sabah is among the states in Malaysia that rely heavily on the tourism industry as a generator of the State’s economy.

“In comparison, last year (2019), Sabah set a new record of 4,195,903 tourist arrivals with tourism receipts hitting the RM9.017 billion mark. This registered an increase by 8.3 percent compared with the achievement the previous year (2018).

“Being the third largest source of economic growth for Sabah, tourism has the capacity to become a critical factor for improvement of the tourism industry in Malaysia as a whole,” she said.

In this regard, Liew stressed that Sabah is taking a serious view of the tourism sector’s growth, be it at state or national level.

According to her, Sabah recorded encouraging tourist arrivals in the first two months of this year based on statistics. “In January, some 338,570 tourists visited Sabah and there were 211,995 tourists in February, although the State Government stopped the entry of tourists from China to contain the spread of Covid-19 at that point in time,” she said. Given the plight of the tourism industry, where companies are facing zero income, Liew proposed that the Federal Government consider increasing the incentives in the economic stimulus package specifically for tour operators in the country.

“These include extension of the loan moratorium and wage subsidy programme until December 2020 to alleviate the burden shouldered by tourism companies in our country,” she said.

In her speech at the parliamentary sitting last year, she had urged the Federal Government to consider Sabah’s application for devolution of power to the State Government specifically for tourism licensing and control.

“I am repeating my call to the Federal Government for the State to approve applications for tourism licensing and issue licences.

“Once again, I take this opportunity to urge the Federal Government to consider our request to empower Sabah to approve and issue five types of tourism licensing. These are entry and exit licences for tourism agents (inbound and outbound); licence for tourist guides; licence for tour vehicles (example, tour buses); ticketing licence; and licence/permit to manage tourism training schools or institutions.

On the issue of reopening international doors to foreign tourists, she said Sabah is ready to reopen its doors to international visitors come September.

“It’s a matter of The Government to Government (G to G) discussion and the bilateral agreement between our Ministry of Foreign Affairs and the Ministry of Foreign Affairs in the respective markets,” she said, adding that the Sabah State Government will support efforts to explore ‘travel bubbles’ between Malaysia and certain countries. (Travel bubbles [also known as travel corridors]are an exclusive partnership between neighbouring countries that have shown success in combating the Covid-19 pandemic).

In this respect, Liew proposed that the Ministry of Tourism, Arts and Culture (MOTAC) launch a ‘Malaysia is Safe’ campaign as had been done by Thailand and Singapore.

“If MOTAC can provide accreditation for homestay operations, I think a similar recognition can be accorded to the Standard Operating Procedure (SOP) in our ‘New Normal’ situation.”

This, she said, will instil confidence to travel in both domestic and foreign tourists. Liew told the Dewan Rakyat that the State Government and tourism industry players were in the process of identifying tourism products for infrastructure upgrading works. “I hope that the Federal Government will support and provide additional funding for the purpose, especially rural tourism products that are being promoted as Community-based Tourism (CBT), and recreation centres with conservation and environmental conservation themes.”

Meanwhile, Liew drew the attention of the august House to the Sabah Government’s recent introduction and approval of the Lower Kinabatangan Wildlife Conservation Blueprint for the Kinabatangan Wildlife Sanctuary in the interest of sustainable ecotourism.
“It will incorporate the 10-Year State Elephant Action Plan (2020-2029).”

She said the Kinabatangan Wildlife Sanctuary, which covers an area of 27,000 hectares, is Sabah’s best natural asset and an eco-tourism centre that needs to be protected and conserved for tourism operators, the local community and for posterity.

“Non-governmental organisations (NGOs) such as KiTA (Kinabatangan-Corridor of Life Tourism Operators Association, Sabah) and WWF-Malaysia must come on board to ensure success of our conservation efforts,” she added.