Wednesday, May 12
You are at:Home»News»DCCI postpones two events due to inter-zone travel restriction 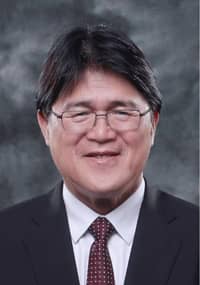 KUCHING: Dayak Chamber of Commerce and Industry (DCCI) has postponed two events due to the inter-zone travel restriction imposed by the government to curb the spread of Covid-19 in Sarawak.

He explained the DCCI supreme council made such decision today (July 29) in view of the government’s announcement on the inter-zone travel restrictions within Sarawak effective Aug 1 to 14.

This is because the travel restrictions will affect many DCCI members whom are from outside Kuching who will need to travel to the state capital to attend the said events, he said.

“We received verbal advice from the director of Registrar of Societies Sarawak to consider postponing our AGM to a later date within this year 2020 in view of the said travel restrictions.

“The venue fixed for the AGM and Business Dialogue has also been cancelled by the hotel as the hotel is now used as quarantine centre by the state government.

“We are also not optimistic of getting sufficient numbers for the AGM and Business Dialogue (due to the travel restrictions),” he said today.

Deputy Chief Minister Datuk Amar Douglas Uggah Embas had announced on Monday that people in Sarawak must get police permission to travel between Zone 1 and Zone 2 in the state from August 1 to 14.

In addition, commercial flights between Sarawak and Peninsular Malaysia, Sabah and Labuan would also be reduced during those dates.

Previous ArticlePM to make announcement on moratorium extension, targeted approach assistance
Next Article Wong says SUPP central has no objection for him to stand in Dudong in next state polls