Saturday, August 15
You are at:Home»Science & Technology»Zuckerberg and Bezos to defend American success stories 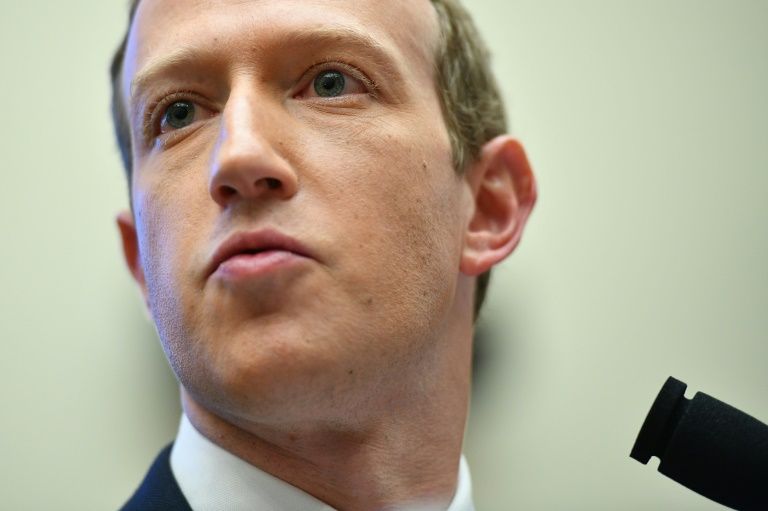 Facebook chief Mark Zuckerberg will tell a major antitrust hearing that the internet giant would not have succeeded without US laws fostering competition — but that the rules of the internet now need updating. – AFP photo

SAN FRANCISCO: Facebook chief Mark Zuckerberg and Amazon founder Jeff Bezos will defend the Internet giants they built, painting them as US success stories in a fiercely competitive world during a major antitrust hearing Wednesday.

The unprecedented hearing will also feature chief executives Tim Cook of Apple and Sundar Pichai of Google and its parent firm Alphabet.

The CEOs of four of the most powerful companies in the world will testify remotely at the hearing, which comes less than 100 days before the US election.

Zuckerberg is to say that the internet giant would not have succeeded without US laws fostering competition, but that the rules of the internet now need updating.

“Facebook is a proudly American company,” Zuckerberg said in prepared remarks ahead of what will be a closely watched House Judiciary Committee hearing.

“Our story would not have been possible without US laws that encourage competition and innovation.”

Bezos will paint the online giant as a vibrant American “success” story, while accepting a need for scrutiny.

“I believe Amazon should be scrutinized,” Bezos said in prepared remarks posted online ahead of the hearing.

But he struck a defiant note, too, saying that “when you look in the mirror, assess the criticism, and still believe you’re doing the right thing, no force in the world should be able to move you.”

It will be the first time Bezos has testified before Congress.

But Zuckerberg also acknowledged “concerns about the size and perceived power that tech companies have.”

“That’s why I’ve called for a more active role for governments and regulators and updated rules for the internet.”

The showdown in the House of Representatives comes amid rising concerns over Big Tech dominance, which has become even more pronounced during the coronavirus pandemic.

“Ultimately, I believe companies shouldn’t be making so many judgments about important issues like harmful content, privacy, and election integrity on their own,” Zuckerberg’s prepared remarks read.

Questions at the hearing are expected to veer into issues ranging beyond whether the technology titans are abusing their power in marketplaces.

Current US antitrust laws make it difficult for enforcers to target companies simply for being large or dominant without also showing they cause harm to consumers or abuse their market power.

“We believe in values — democracy, competition, inclusion and free expression — that the American economy was built on,” Zuckerberg is to say.

“Many other tech companies share these values, but there’s no guarantee our values will win out.”

He is to cite the example of China building and exporting a version of the internet focused on “very different ideas” from the US model.

“I believe it’s important to maintain the core values of openness and fairness that have made America’s digital economy a force for empowerment and opportunity here and around the world,” Zuckerberg is to say.

Tech company chiefs are expected to stress how they benefit consumers, particularly during the pandemic, and face competition — particularly from China.

“Our success may help explain the wide proliferation of marketplaces of all types and sizes around the world,” Bezos said.

“This includes US companies like Walmart, eBay, Etsy, and Target, as well as retailers based overseas but selling globally, such as Alibaba and Rakuten.”

The antitrust debate is being muddled by a rising “techlash” over a range of issues from privacy to economic inequality to political bias.

“Facebook is a successful company now, but we got there the American way: we started with nothing and provided better products that people find valuable,” Zuckerberg is to say.

“As I understand our laws, companies aren’t bad just because they are big. Many large companies that fail to compete cease to exist.