Wednesday, September 23
You are at:Home»News»Miri to introduce new by-law on used cooking oil 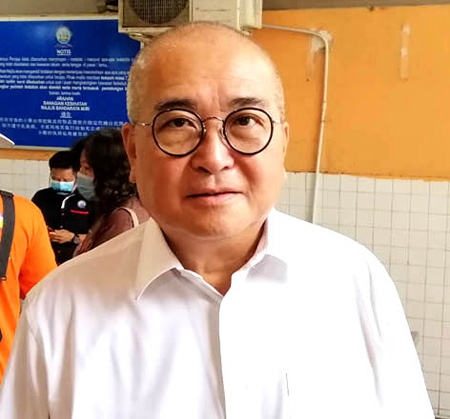 MIRI: Miri City Council (MCC) is enforcing a new by-law from Jan 1, next year, to prevent used cooking oil from being recycled and making it back into the food chain.

Mayor Adam Yii said the new by-law would be part of the eateries licensing conditions whereby all eateries would be required to dispose their used cooking oil via registered collectors.

“The new policy, the first in Sarawak, is to ensure that all the used cooking oil from the eateries will not be reprocessed to re-enter the food chain, therefore protecting the health of the people in Miri,” he said in a statement today.

He said currently there were no such by-laws except the Federal Food Act which prohibits it.

“We will include the new law in our licensing condition so that if eateries don’t comply we will advice first and later compound and if they continue to do so we will revoke their license,” said Yii

In line with the new by-law, he said MCC had come up with a new policy to register collectors of used cooking oil, who would be authorised to collect used cooking oil from all the eateries under MCC jurisdiction.

“The additional benefits of this policy are to reduce the amount of used cooking oil being poured into the drainage system that commonly blocks the city drains causing overflows. This approach will also reduce the foul smell from drains,” he stressed..

He added that the registered collectors would be audited and monitored regularly to ensure that they complied with all the licensing conditions and standard operating procedures.