Saturday, February 27
You are at:Home»News»Crime»Croc suspected of killing teen in Tanjung Manis caught with human remains in belly 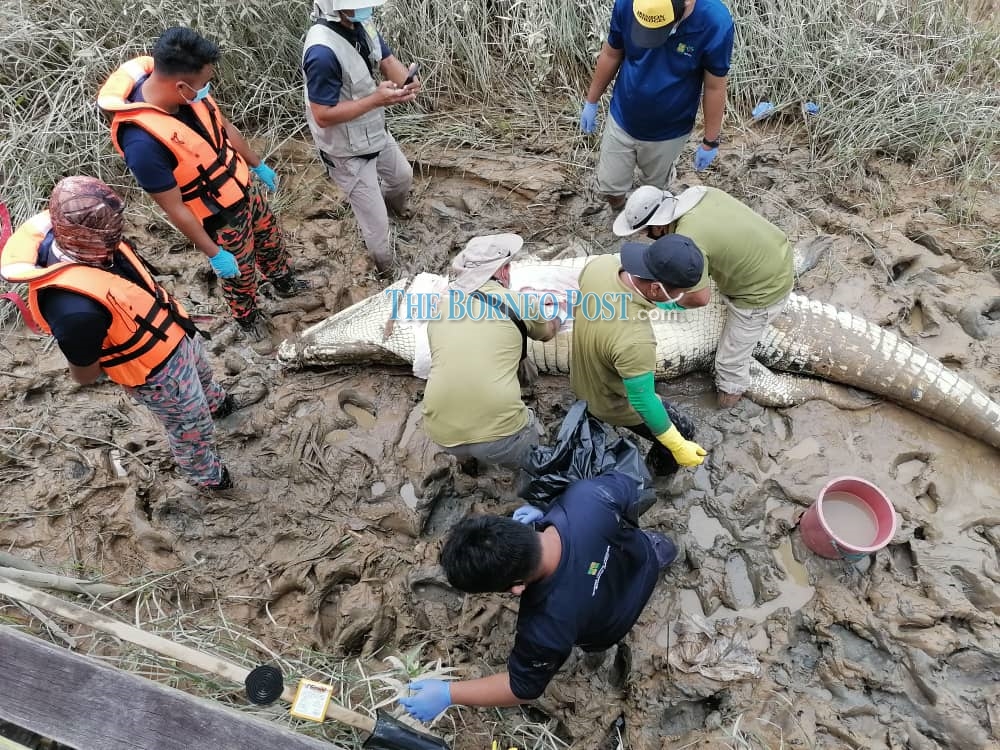 Search and Rescue team members pulling up the crocodile.

TANJUNG MANIS: A crocodile caught in Ulu Batang Belawai near here this morning is believed to be the very same one which attacked a 14-year-old boy who was collecting snails with two others in the river last week.

According to a statement by the Fire and Rescue Department (Bomba), the 4.7 metre long and roughly 1.7 metre wide crocodile had been brought to the victim’s longhouse (Rumah Dadat) where various human parts and shirt were found in its belly after it was slit open.

The crocodile was caught at around 9am today by a hook placed by a team from the Sarawak Forestry Corporation (SFC) near the incident’s location and an SFC swat team found various human parts and shirt after slitting open the reptile’s belly at around 9.15am.

The victim, Ricky Ganya, had gone missing after being attacked by a crocodile on July 26 and was said to have been attacked when he and two others from the longhouse were collecting snails in the river.

Rick’s aunt, who was one of his companions, claimed to have witnessed the attack and rushed back to inform the longhouse of the incident.

Previous ArticleSDMC in talks with hotel operators on using their premises as quarantine centres for returnees
Next Article Covid-19: 1 fatality in Malaysia today, death toll now at 125