Wednesday, September 23
You are at:Home»News»Driver dies in head-on collision with lorry 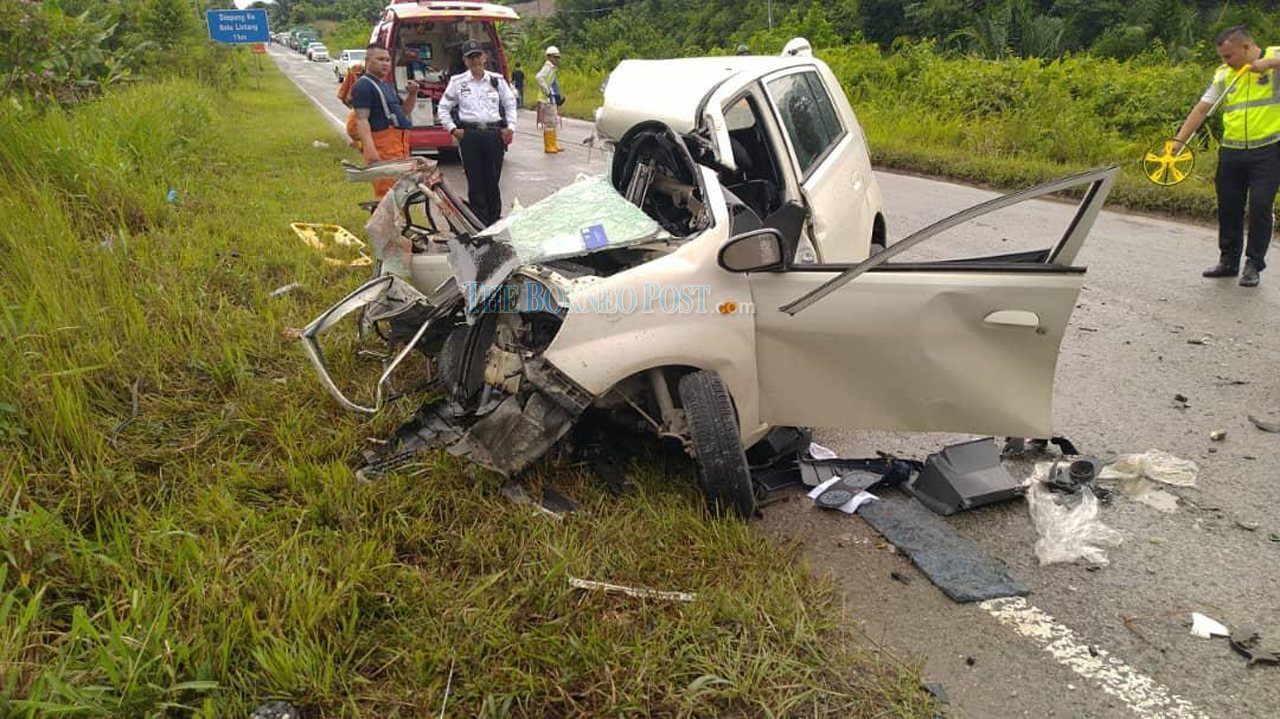 The damaged car driven by the deceased.

KUCHING: A male driver, 33, died in a head-on collision with a lorry transporting oil palm bunches at KM22 Sri Aman-Sarikei road around 9am yesterday.

“He died from serious head injuries and was pronounced dead by a medical personnel at the scene,” said Alexson in a statement, adding the deceased was heading to Sarikei from Sri Aman while the lorry was travelling in the opposite direction.

“The road then was wet due the heavy downpour,” said Alexson.

The lorry driver, 38, did not sustain any physical injuries. The Fire and Rescue Department meanwhile received a call on the accident at 9.20am.

When they arrived at the scene, they saw the deceased pinned in his seat, and succesfully extricated him at 9.55am.

The body was then sent to the Sri Aman Hospital for further action while the case is being investigated.

Previous Article‘24-hr petrol stations, factories in Zone 1 can operate as usual’
Next Article ‘Samples taken on first or second day of arrival’