Sunday, January 29
You are at:Home»News»Sabah»I will be back stronger – Phoong
For the freshest news, join The Borneo Post's Telegram Channel and The Borneo Post on Newswav. 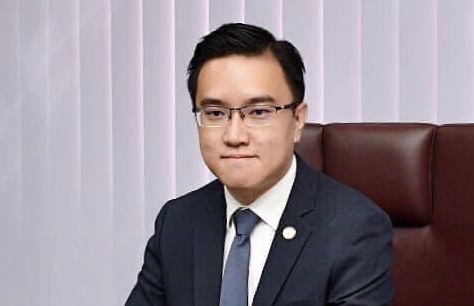 However, he vowed to remain faithful to his constituents and continue serving the people, if he were given the mandate once more.

In a Facebook post yesterday, Phoong candidly captured his sentiment on the matter and sought the support of the people so that he may continue to contribute to the development of Luyang.

“Chief Minister Datuk Seri Panglima Shafie Apdal had an audience with Head of State Tun Datuk Seri Panglima Juhar Mahiruddin last night. His excellency has granted and agreed to dissolve the State Assembly to return the people’s mandate to their original owners.

“I feel deeply disappointed and sad that the people’s mandate is betrayed once again in Sabah. However, we should not give up and learn from this time. We shall cast our votes and sweep all these traitors out once and for all.

“The Sabah state government led by Warisan, Pakatan Harapan and UPKO has been working hard to revive the state economy, despite the federal government being uncooperative. We did our best to assist the people to get through this pandemic. We understand that everyone is suffering, yet today we see these shameless attempts to topple the government.

“Today, with the State Assembly dissolved, we will again seek the mandate from the people. I humbly ask for your mandate again to continue to serve for my people of Luyang. I hope that you will cast your votes once again to send me into the State Assembly.

“As a young politician, I did not join politics for wealth and self benefits. I have always been inspired to serve the people and I have always upheld my principle that politics should be a method to improve the lives of the people, and not politicians,” he wrote.

Phoong went on to say his 26 months in office was “a great journey and honour,” and that his homeland had always been his motivation to work harder to ensure that the people’s living would be improved. He was sure that people felt changes were being realised.

Phoong vowed to continue the battle for a better Sabah and Malaysia in the upcoming election, to usher in new politics in Sabah and become the role model to the whole of Malaysia and the world.

“Thank you to my beloved home, Luyang. I will be back, stronger than ever,” he ended his post.