Tuesday, September 29
You are at:Home»News»STU calls for clearer guidelines on ‘new normal’ 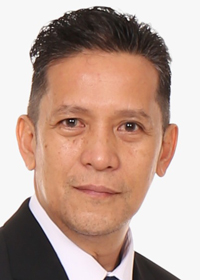 SIBU: Sarawak Teachers Union (STU) calls for a clearer directive on the ‘new normal’ for the people to follow.

STU president Macky Joseph stressed that it is pivotal that everyone understand the importance of complying with the standard operating procedures (SOP).

“STU acknowledges the concern for safety in schools. Discipline is mandatory. Everyone plays an important role to combat the outbreak of  the infectious respiratory disease Covid-19,” he said in a statement yesterday.

Macky said this in response to the Sarawak Disaster Management Committee’s (SDMC) statement on Wednesday that the reopening of schools in Kuching, Padawan and Samarahan districts will be further postponed to Aug 17.

SDMC announced that reopening of 164 primary and secondary schools that were supposed to reopen on Aug 3 has been been postponed to Aug 17.

The postponement of school reopening has also been extended to 25 more schools in Padawan and 24 more in Samarahan, involving Remove Class up to Form 4, and Lower 6, and Primary 1 to 6, it said.

Preschools, Form 5 and Upper 6 will continue as usual.

The decision was made after seeking advice from the Sarawak Health Department and the Sarawak National Security Council, and agreed upon by the Education Ministry following the spike in Covid-19 cases in Kuching as of late.

Macky also urged parents and guardians to see that pupils are safe and healthy at all time before going to school.