Saturday, October 24
You are at:Home»News»Taman Bulatan in Miri to undergo RM1 mln facelift 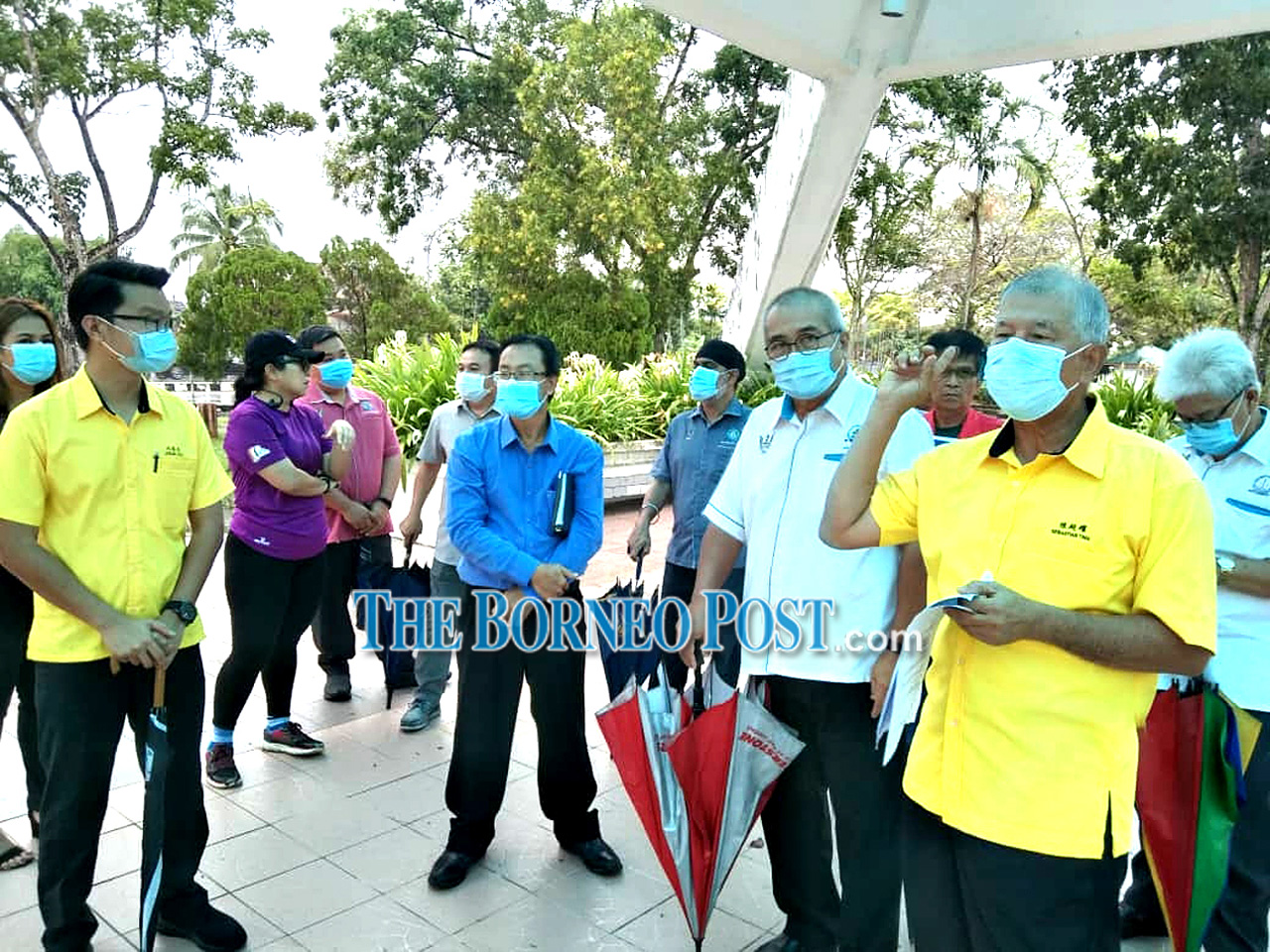 (From right) Ting, Yii and others at Taman Bulatan to check the project site.

MIRI:  Facilities at a popular public park here, Taman Bulatan, will be upgraded with RM1 million in funds under the Rural Transformation Project (RTP).

Assistant Minister of Tourism, Arts and Culture Datuk Sebastian Ting said  the funds had already been approved but works were halted due to the Movement Control Order (MCO).

“We will start the project soonest because the budget is already there,” Ting told the press during a visit to the park yesterday.

According to Ting, the project would involve improving facilities such as lightings, jogging track and also extension of the park to Krokop roundabout.

He said the city council had submitted a plan for the extension to the Land and Survey Department.

Taman Bulatan, about 5km from the city centre and not far from Desa Seri residential area, is popular with joggers every morning and evening.

Being strategically located, it is the choice for many social gatherings organised by the public and NGOs.