Friday, February 3
You are at:Home»News»Sabah»Voters must teach defectors a lesson – Christina
For the freshest news, join The Borneo Post's Telegram Channel and The Borneo Post on Newswav. 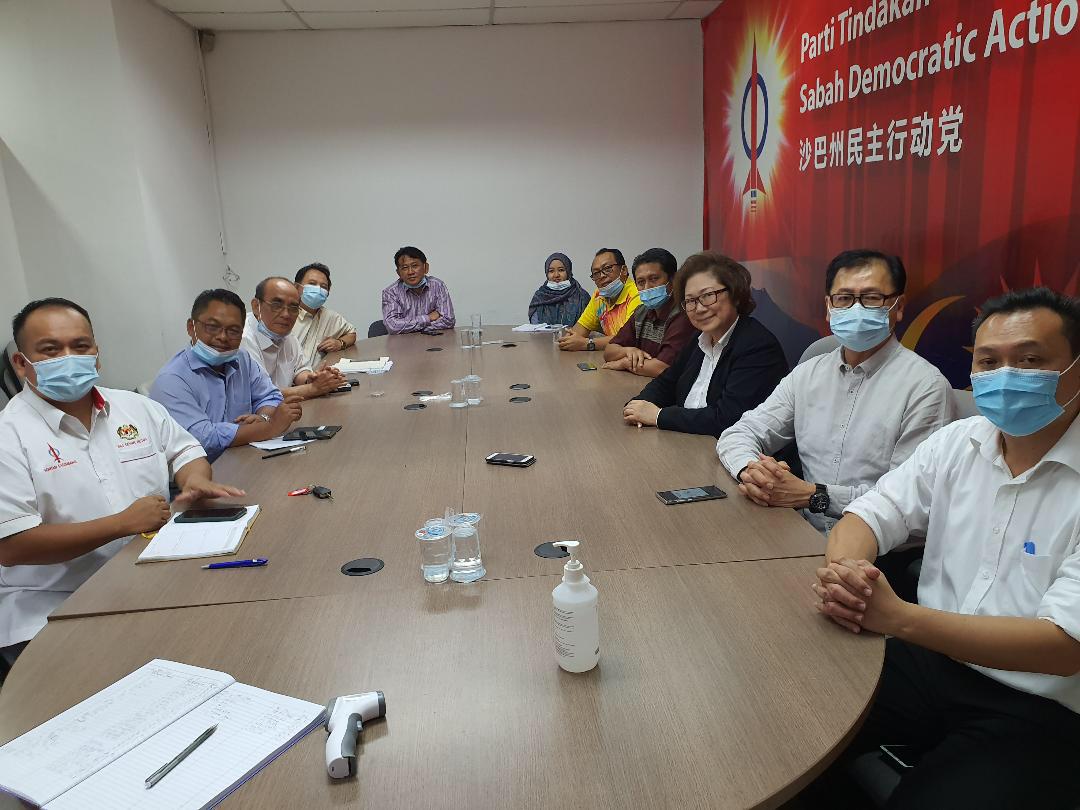 Christina (third right) with Poon (on her left), Tan (right), Lasimbang (left) and others during the PH Sabah meeting yesterday.

Its chairperson Datuk Christina Liew said she believed the people would continue to support Shafie because they are weary of the political frogging culture in Sabah.

“Such political treachery is disturbing and disrupting the people’s lives. We are grappling with the Covid-19 pandemic which is bad enough for the economy, and yet we have to face another election due to the antics of political frogs.

“We urge the Sabah electorate to totally reject the defectors should the latter be fielded again in the forthcoming State Election. The voters must teach the defectors a lesson for their betrayal of the people’s mandate,” she said during a PH Sabah meeting chaired by her on Thursday afternoon.

On the status of Sabah PKR Vice-Chairman Kenny Chua, among the defectors, Christina, who is also Sabah PKR Chief, said the party’s Disciplinary Committee (headed by Sazalye Donol) has terminated his membership and revoked all his positions in the party with immediate effect.

“As an elected representative, it is unbecoming of him (Chua) to ditch the Warisan-led Government in which he represented the party. He has betrayed the people’s trust and I am sure they would know what to do with him if he contests again,” she said.

Sabah DAP Chairman Datuk Frankie Poon, who concurred with Christina, said it is high time to put a complete stop to the frogging culture among some politicians once and for all.

“I think enough is enough. The people’s interests must transcend the individual YB’s interests. We (elected representatives) are nothing without the people’s support. What some politicians do is always self-interest. Unfortunately, I have to say that,” he said while calling on the people to give overwhelming support to the Warisan-led Coalition.

Amanah Sabah Chairman Lahirul Latigu said the dissolution of the State Assembly was the best solution to the political impasse caused by the defections of elected representatives to Perikatan Nasional (PN) in Sabah.

Speaking in support of Shafie as caretaker CM, he said : “We are going back to the people and seeking a mandate again for support of the Warisan-PH-Upko Coalition. We (Amanah Sabah) will work together with our coalition partners to ensure yet another electoral win.”

Meanwhile, Poon reported that the DAP Disciplinary Committee (led by Chong Chieng Jen) has on Thursday terminated the membership of Nominated Assemblyman Ronnie Loh Ee Eng on the ground of his defection from the party to support Perikatan Nasional (PN) in Sabah with the intent to topple the Sabah State Government.

He said the termination takes immediate effect, and Loh is also removed from all his positions in the party.