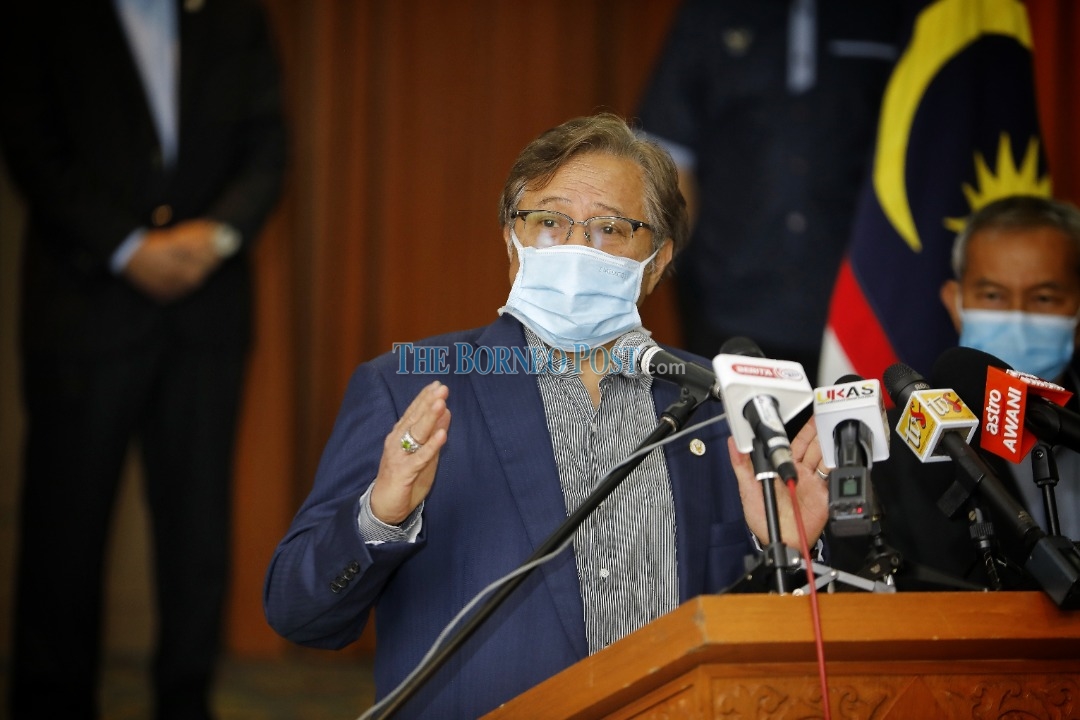 He said he only had Covid-19 on his mind at the moment, because it was paramount for the state’s leaders to look after the safety of the people during the pandemic.

“The Covid-19 pandemic is serious. Kuching has turned red. So my mind is not on politics or MN,” he told a press conference when asked to comment on Umno’s move not to join Perikatan Nasional (PN) but to strengthen MN with PAS.

Abang Johari, who is GPS chairman, also said he doesn’t know much about MN, adding that he only “knows about GPS”.

Asked if GPS will join MN to follow Parti Pribumi Bersatu Malaysia (Bersatu), he said, “How do you now Bersatu has joined. Is it confirmed? I don’t know. It’s all here say.”

Pressed further if GPS ever discussed the matter, he said GPS was GPS, and as far as they are concerned they have the PN Plus federal government.

“At the federal level it’s PN plus GPS,” he said.

Umno had decided recently that it would not join PN but instead strengthen MN with PAS and Barisan Nasional (BN) parties.

Its president Datuk Seri Admad Zahid Hamidi also claimed in a statement on his Facebook page that Bersatu president Tan Sri Muhyiddin Yasin, who is Prime Minister as also on board with the move to join MN.

The loose PN coalition was formed following the collapse of of Pakatan Harapan government in February this year.

Sarawak’s ruling coalition, GPS, backs PN and some of its leaders are members of Muhyiddin’s cabinet.