Wednesday, March 3
You are at:Home»News»Parts of Kuching city to be rejuvenated within next five years – Abang Johari 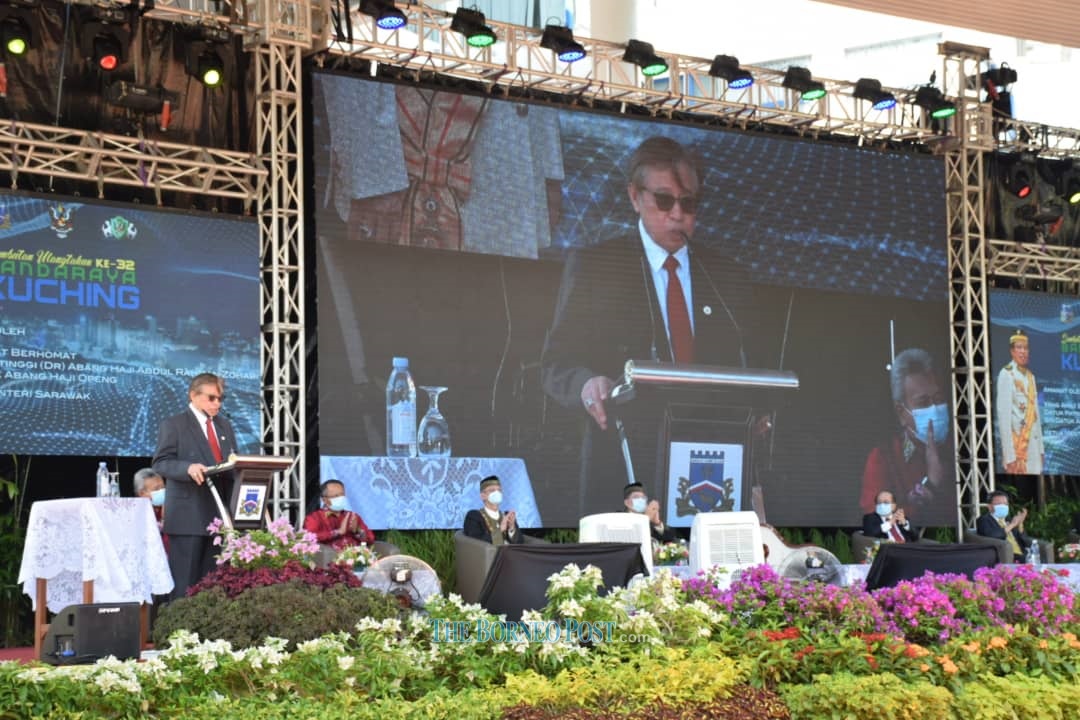 He said that the rejuvenation programme would involve certain areas of Kuching North City Commission (DBKU) and Kuching South City Council (MBKS) that are run down.

He said these areas would be redeveloped under the renewal programme.

“In fact, we already have the long term master plan for the rejuvenation of certain areas in Kuching City and the development will involve not just the MBKS and DBKU but also the private sector.

“These areas, which we have identified, will be developed by MBKS or DBKU with the private sector.  It’s going to be private sector driven where we hope to provide more modern facilities in the area,” he said at the commemoration of Kuching City’s 32nd anniversary here today.

He mentioned that one of the areas to be redeveloped within the MBKS area was Padungan, which excluded the old buildings on Abell Road and Padungan Road while within the DBKU area, the places to be rejuvenated include Hikmah Exchange, Jalan Haji Taha and Jalan P Ramlee.

He assured that the redevelopment programme would not affect the historical buildings.

“In fact, there are many areas in Kuching that we can redevelop without affecting the traditional values.

“For example, in Padungan. We want to rejuvenate it so that we have a modern city aside from preserving the traditional areas, which may only be given a facelift.

“A facelift is necessary, if not, we have the old buildings but look bad — not painted and the building colours have turned black. This will not attract people to come to Kuching City,” he said.

Abang Johari said aside from that, the government would transform strategic areas into a modern commercial area so that the autonomous rail transit (ART) can pass through the area.

He said this rejuvenation programme would be implemented within the next five years.

“Because of that, it is important we have a government that has a vision, farsightedness and at the same time knows how to transform the city into a modern city.

“This will provide a basis for our economy to move forward, especially in the service and tourism sectors and this is part and parcel of our development in Kuching,” he said.

He said people were more likely to visit the city when it is clean and attractive aside from a very important asset that Sarawak has, which is the people themselves, who are very friendly.

On another matter, Abang Johari said a foreign company had expressed its interest to expand its operations in Samajaya involving an investment of US$5 billion (roughly RM20 billion).

He said that would give employment opportunities to the local people.

Previous ArticlePersonal integrity and principles — wherefore art thou?
Next Article Dr Chin: Individuals referred to hospitals but not taken into account as SDMC cases part of precautionary measures