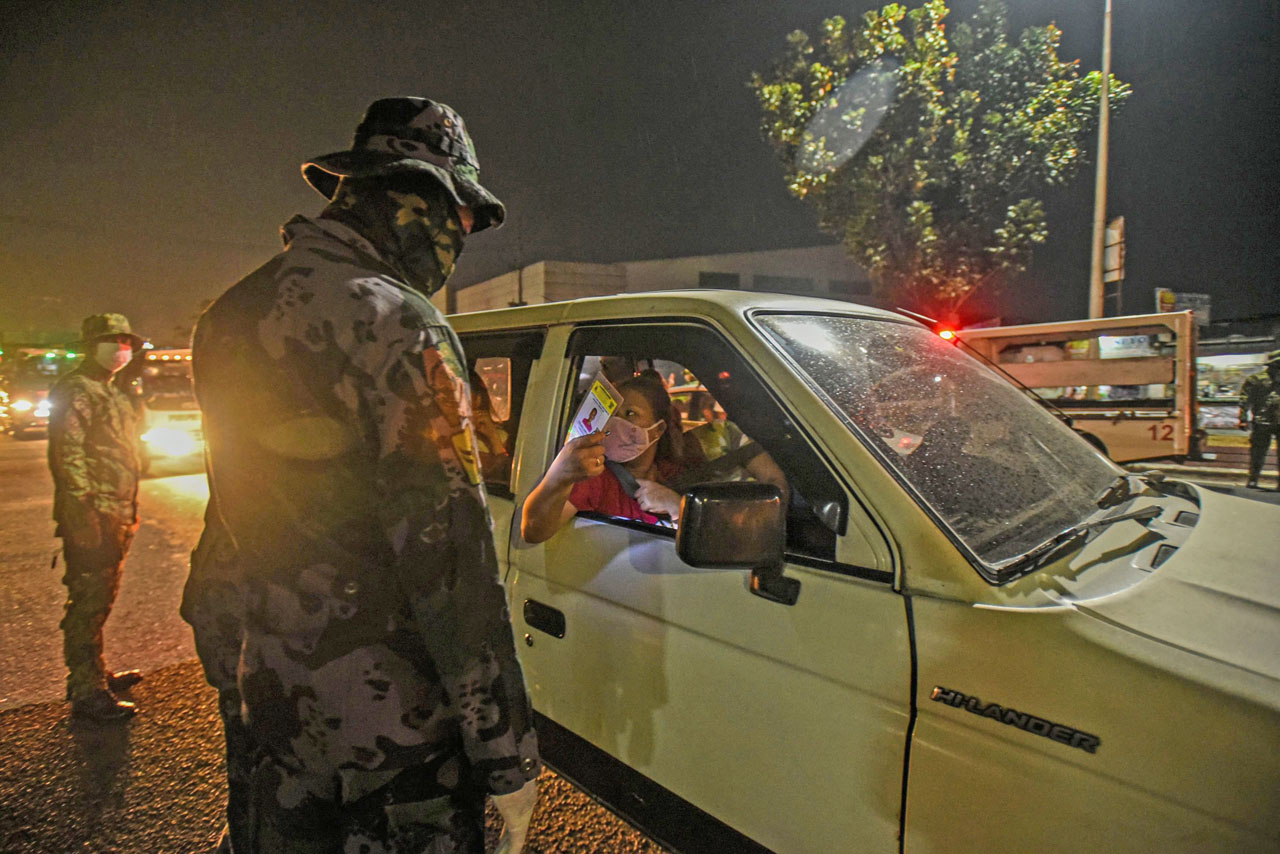 Photo shows members of the police and the army randomly inspect vehicles at a check point coming from North Luzon Express way in Manila during the implementation of measures to limit the spread of Covid-19, the new coronavirus. — AFP file photo

MANILA: Dozens of doctors’ groups yesterday warned that the Philippines was losing the coronavirus fight, urging President Rodrigo Duterte to tighten a recently eased lockdown as cases surged and hospitals turned away patients.

Eighty medical associations representing tens of thousands of doctors signed the open letter as the country posted another record nearly 5,000 new cases yesterday, pushing the total to more than 98,000.

“Healthcare workers are united in sounding off a distress signal to the nation – our healthcare system has been overwhelmed,” the letter said.

“We are waging a losing battle against Covid-19, and we need to draw up a consolidated, definitive plan of action.”

An increasing number of health workers have fallen ill or quit their jobs, while some packed hospitals are now refusing to admit new patients, it added.

The health department earlier said 34 health workers are among those who have died of the disease in the Philippines. Total deaths stood at 2,039 as of yesterday.

The government has blamed poor compliance with health protocols for the sharp increase in infections.

The country imposed one of the harshest lockdowns in the world in mid-March, that kept people at home except to buy food and seek health treatment.

But the government recently loosened the restrictions to allow people to return to work after predictions that the Philippine economy will fall into recession, with millions of jobs already lost.

In the open letter, doctors urged Duterte to put the capital Manila and surrounding provinces back under “enhanced community quarantine” until Aug 15 to give the country time to “refine our pandemic control strategies”.

In response, Duterte’s spokesman Harry Roque initially said the government was balancing the health and economy of the nation and that it was now looking at stepping up other strategies after the lockdown “served its purpose”.

But hours later Roque issued a new statement saying the government will consider their proposals.

“Your voices have been heard. We cannot afford to let down our modern heroes,” Roque added.

Health department officials earlier this week acknowledged hospital bed availability was drying up and the government has had limited success in hiring new doctors, nurses and other health care workers.

Lei Alfonso, an official of the Philippine Society of Public Health Physicians, told a news conference yesterday that the developments “will push us to the brink to become the next New York City, where Covid-19 patients die at home or (on) stretchers”. — AFP

President Duterte on Thursday called on Filipinos to keep faith in his ability to swiftly procure a vaccine to be produced by China, a key supporter of his rule. — AFP