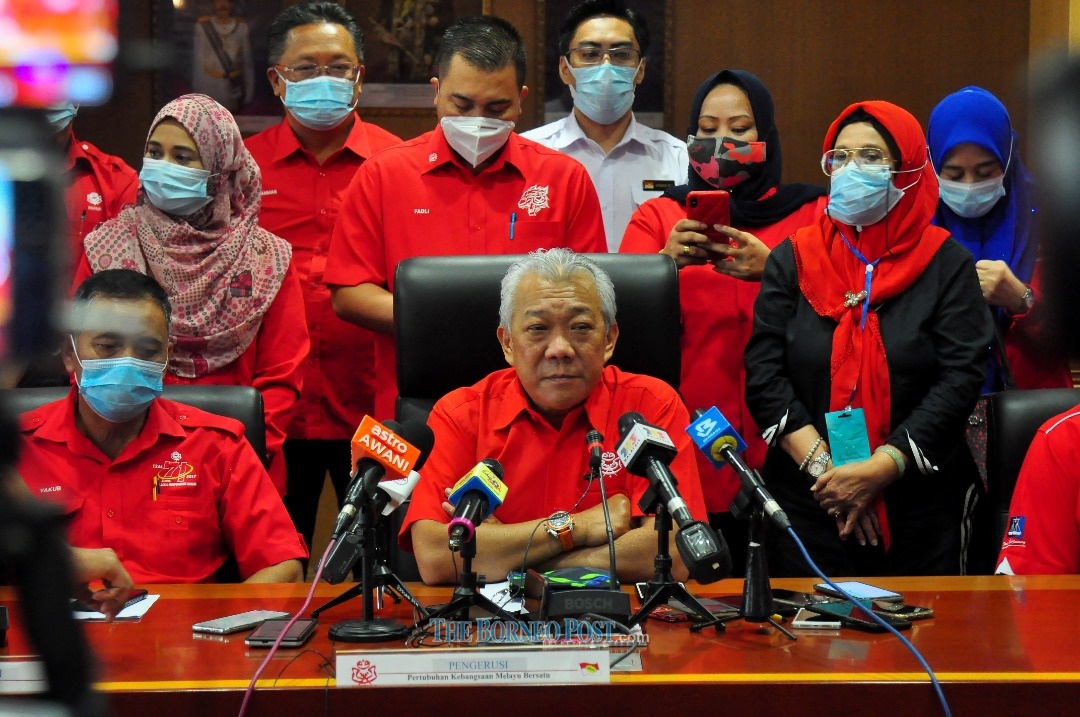 KOTA KINABALU: Sabah Umno will be working with allied parties in the state in the coming election, said its liaison chairman Datuk Seri Bung Moktar Radin.

Bung Moktar said that Sabah Umno and allies would be contesting against Warisan in all 73 seats.

“Today we decided that Sabah Umno, Barisan Nasional (BN) and our comrades will contest in all 73 state seats against Warisan.

“Sabah Umno will discuss among the other BN component parties, MCA and PBRS, in a couple of days about the seats distribution and after that meet with allied parties on the same matter. I expect the seats division matter will be completed in two weeks time,” Bung Moktar said speaking to reporters after a Sabah Umno leaders meeting today.

The cooperation and understanding between allied parties is very important in order to win the election, he pointed out adding that this would be an extraordinary election for all parties, whether it is Warisan, Sabah Umno or the other parties.

“All the parties have their strengths and weaknesses. What is important to me is that the parties are able to convince the voters and ‘rakyat’. This time round, we are practising the new normal and the ‘rakyat’ out there are definitely waiting for new deals that can be fulfilled, not like PH and Warisan in the last election where they made offers but were unable to fulfill them leading to their downfall,” he opined.

He said that this was what happened when a ruling party was unable to fulfil its promises made to the people, which was why Sabah Umno would offer new deals that it could implement and fulfil to the ‘rakyat’, adding that this was to ensure the stability, security and economic development in Sabah while giving the people confidence.

“We give our assurance that we will give our best service to the rakyat, we will bring about a major change and also put priority on the interest of our future generations. This is because they are the future leaders of the state and country. We are the pioneer for them to come forward.

“We are confident with the right cooperation and strategy as well as suitable candidate, Sabah Umno, BN Sabah and allied parties will be victorious,” he said.

According to him, Sabah Umno expects to contest in the same number of seats it did in the previous election. In 2018, Sabah Umno contested in 32 out of the 60 state seats.

He said that Sabah Umno would discuss with the other parties before making a final decision on the seats it will be contesting in, adding that the party had established itself in the state and while it had its strengths but they would not exclude its comrades in the opposition bloc as they all had their own strengths as well.

Bung Moktar added that they were in the process of identifying the candidates for Sabah Umno and 85 per cent of them would be “new faces”.

Bung Moktar, who will be contesting in the new state seat Lamag, stressed that even though Sabah Umno was still finalising the list, it would announce the names of winnable candidates so there would be no waiting and the constituents would be in the know.

To the question on Tan Sri Musa Aman’s status in the party, Bung Moktar said he was still a member of Sabah Umno.

“What happened recently was clear, it was the decision by state elected representatives from several parties, there was no coalition between the parties. This was what happened in the federal level too,” he said when asked about Sabah Umno’s disassociation with Musa over the latter’s recent move in the Chief Minister tussle.

Bung Moktar was also coy about Umno’s choice for Chief Minister should the party win in the election.