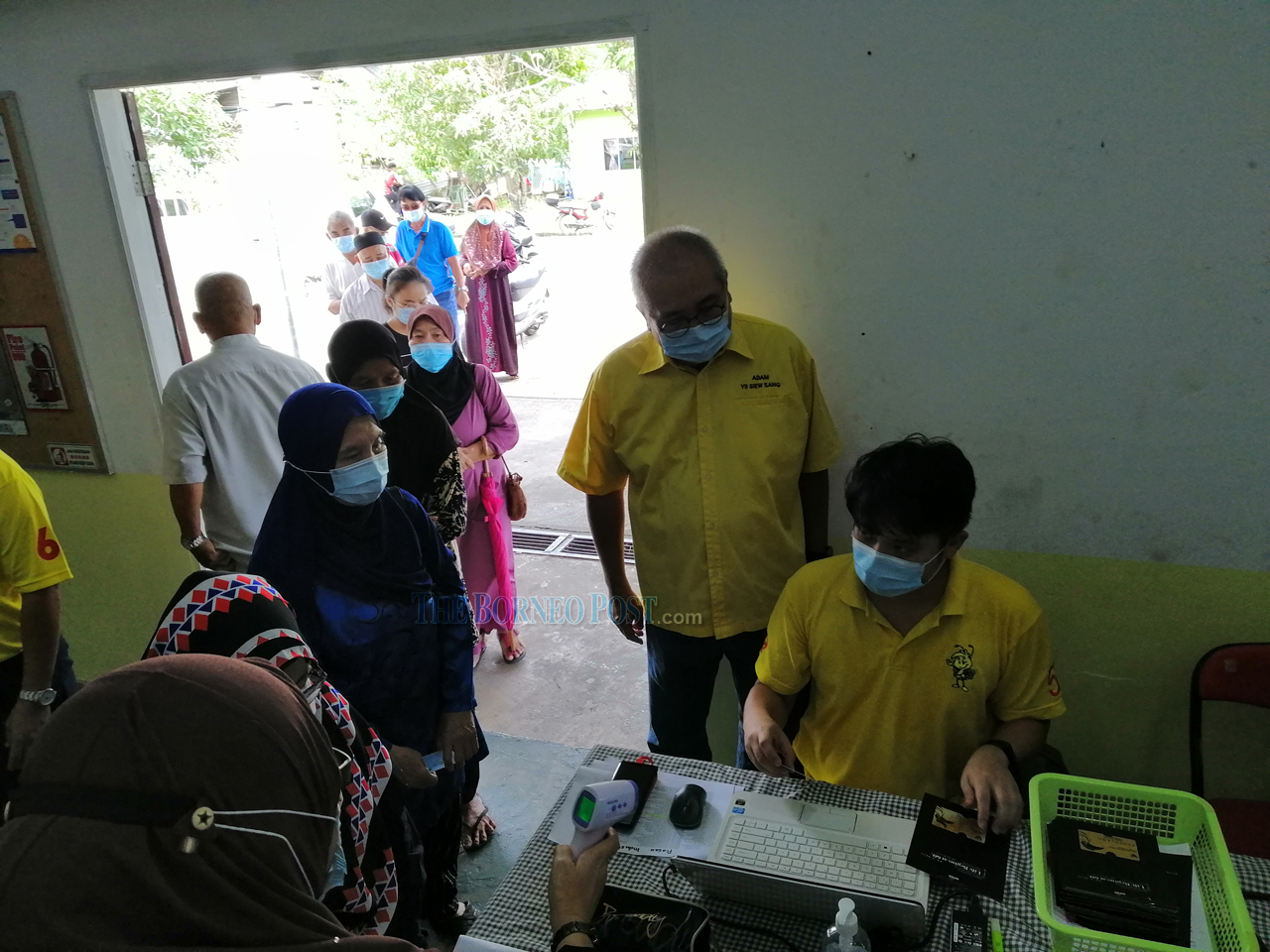 MIRI: Senior citizens in Miri who have yet to apply for the Kenyalang Gold Card (KGC) are reminded to register themselves to enjoy special privileges and discounts.

Miri City Council mayor Adam Yii said SUPP is currently working to reach out and disseminate information on the benefits of KGC to more senior citizens.

“SUPP Pujut and Krokop branches have assisted with more than 1,000 registrations and we believe that there should be more senior citizens who are eligible for KGC,” he said at the KGC handing over ceremony held at Kampung Piasau Utara Community Hall here yesterday.

Yii, who is also SUPP Pujut chairman, said a handful of companies in Miri had already signed up to be KGC strategic partners.

“The Sarawak government will continue to approach suitable companies to come  on board as vendors to support the programme.

“The Movement Control Order (MCO) may have impacted a lot of industries and by offering discounts and benefits through KGC, this would attract potential customers among the senior citizens,” he said.

He also pointed out that for those from low-income households, one of the benefits of KGC is the ‘Death Compassionate Assistance’ (BIK) of RM3,000 to cover the funeral expenses of card holders who had passed away.

“We have cases where the applicant had passed away after submitting the KGC application.

“The applicant’s next-of-kin will receive the BIK depending on the evaluation by the Welfare Department,” he explained.

Senior citizens who wish to apply for the KGC can seek for assistance from any SUPP branches to register for the card.