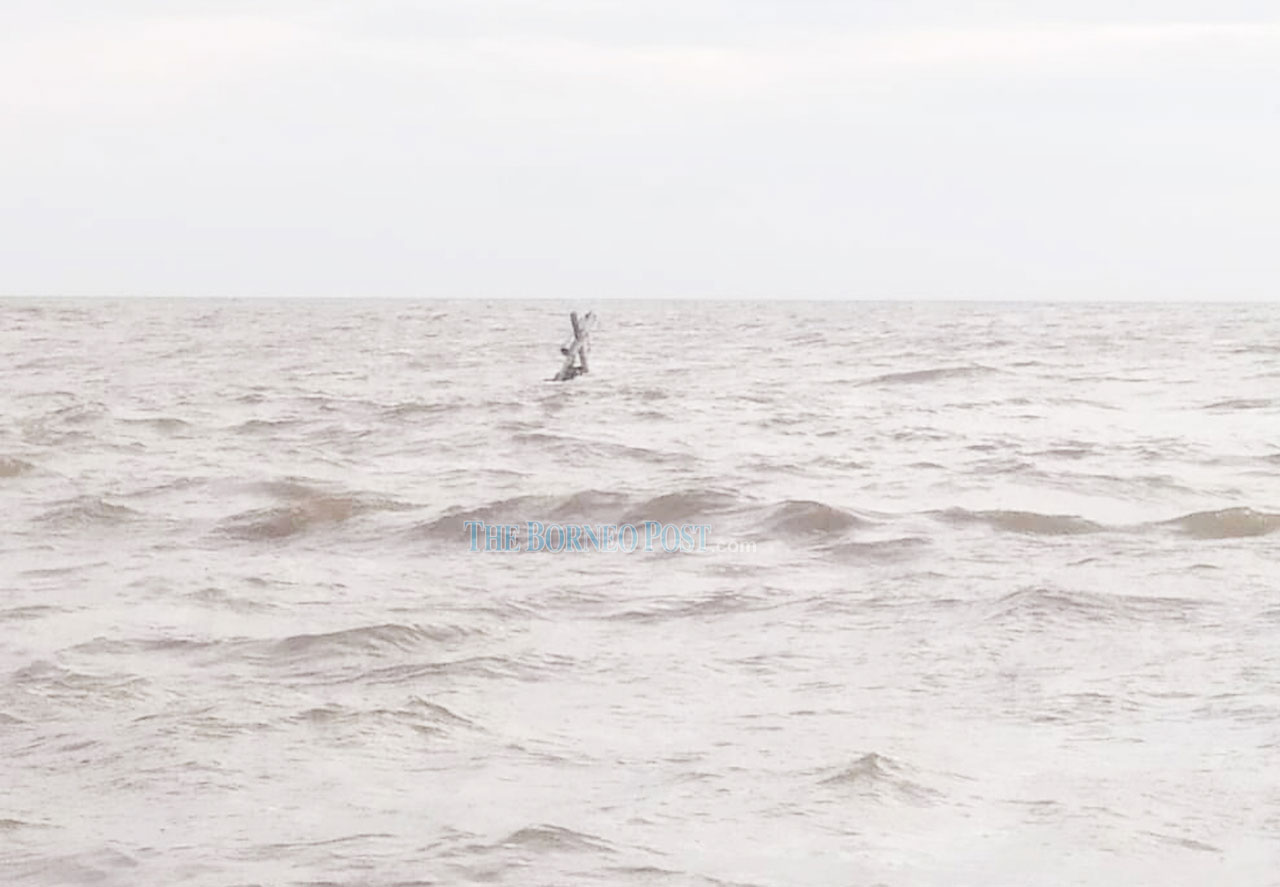 Only the mast of the tugboat remains visible in the water.

SIBU: The identity of a crewman who went missing following the sinking of a tugboat in Kuala Igan here on Saturday has yet to be established, said the Fire and Rescue Department (Bomba).

Bomba in a statement said a search-and-rescue operation entered its second day yesterday, covering a 5km-radius from the point where the vessel went down.

The tugboat reportedly sank around 1pm about four nautical miles off Kuala Igan, while travelling to Sibu from Mukah.

Bomba received a report of the incident around 3.20pm, and were informed that the tugboat’s skipper and the unidentified crewman were on board.

The skipper managed to swim to safety but the crewman was reportedly trapped inside the doomed vessel.