Sunday, August 9
You are at:Home»News»Sarawak»Meluan poised for growth — Assemblyman 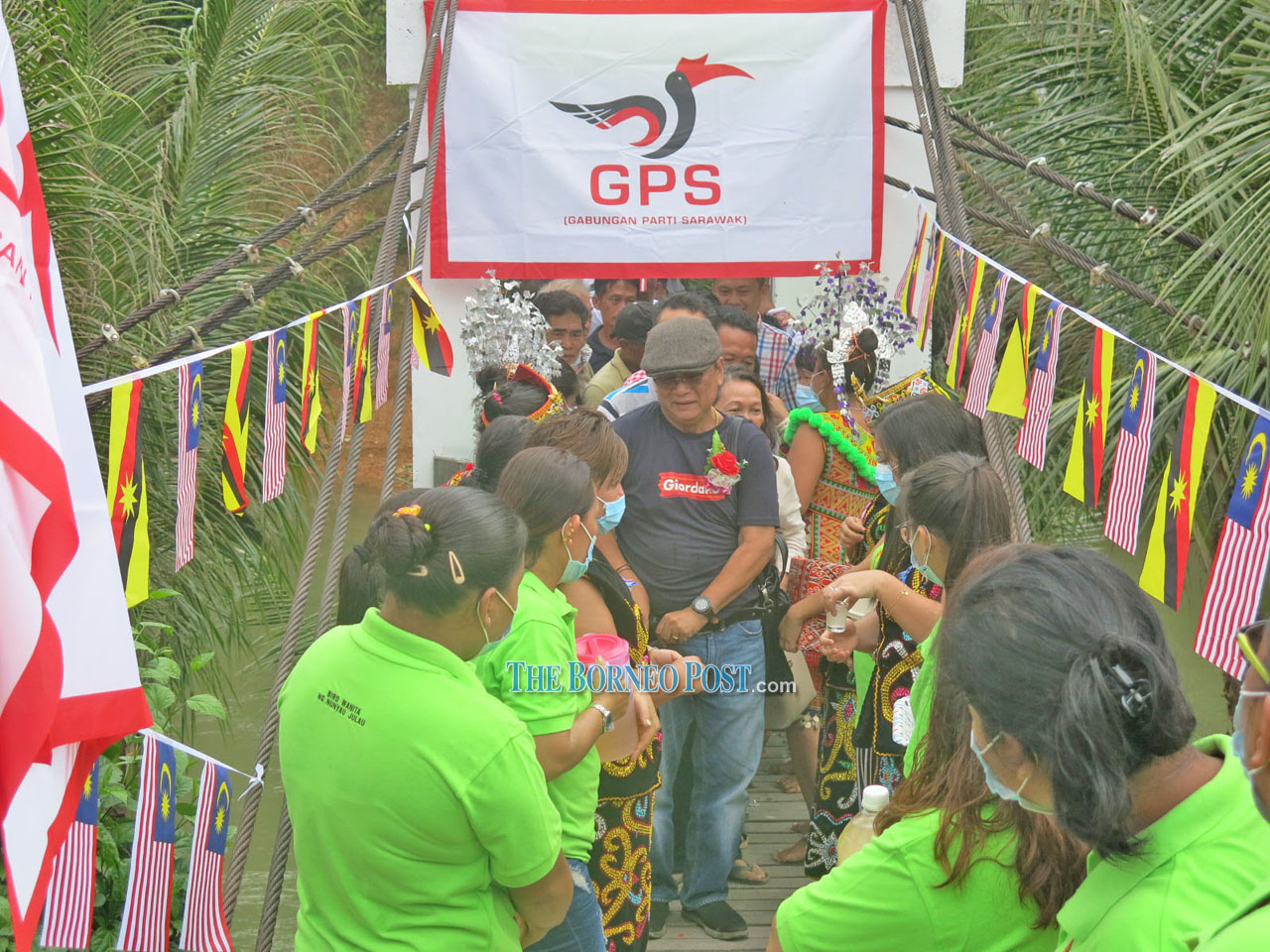 Duat receives a warm welcome from the womenfolk upon his arrival at the longhouse.

JULAU: The standard of living of the rural folk in Meluan will change for the better in the next few years as the implementation of many basic infrastructure projects have been approved.

Meluan assemblyman Rolland Duat Jubin is very optimistic of Meluan progressing like other constituencies in Sarawak, in that it has been allocated with a fair share of development funds since his election as
the people’s representative four years ago.

“I am satisfied with the state government’s allocation of development funds, which prioritise basic infrastructures like roads, bridges and also utilities like treated water and electricity supply, as well as telecommunications services,” he spoke during a ‘Leader With The Community’ gathering at Rumah Laman, Nanga Nunyau, Jalan Entabai, Ulu Kanowit near here last weekend.

Over the past four years, Duat said he had helped secure funds for major projects set to benefit his constituents, including those in Ulu Kanowit, such as the ongoing
RM10-million Meluan Bridge project; Jalan Entabai, Nanga Maong/Nanga Juk Road; the RM5-million Lasi Bridge project to be tendered out in September; upgrading works on water treatment plants costing RM75 million; and high-level water storage tank project at Bukit Agok costing RM62 million.

Apart from these major projects, the people would have their share of Minor Rural Project (MRP), Rural Transformation Programme (RTP) and House Repair Fund for the Poor grants to be disbursed by Gabungan Parti Sarawak (GPS)-led government, he added.

During the function, Duat declared open the suspension bridge while his wife, Shilla Rolland who is also chairperson of Meluan Women’s Bureau, launched the Nanga Nunyau Women’s Bureau.

Duat later announced MRP allocations of RM20,000 and RM2,000 for the longhouse’s security and development committee (JKKK) and its women’s bureau, respectively.