Sunday, August 9
You are at:Home»News»Ministry aiming to boost income of farmers — DCM 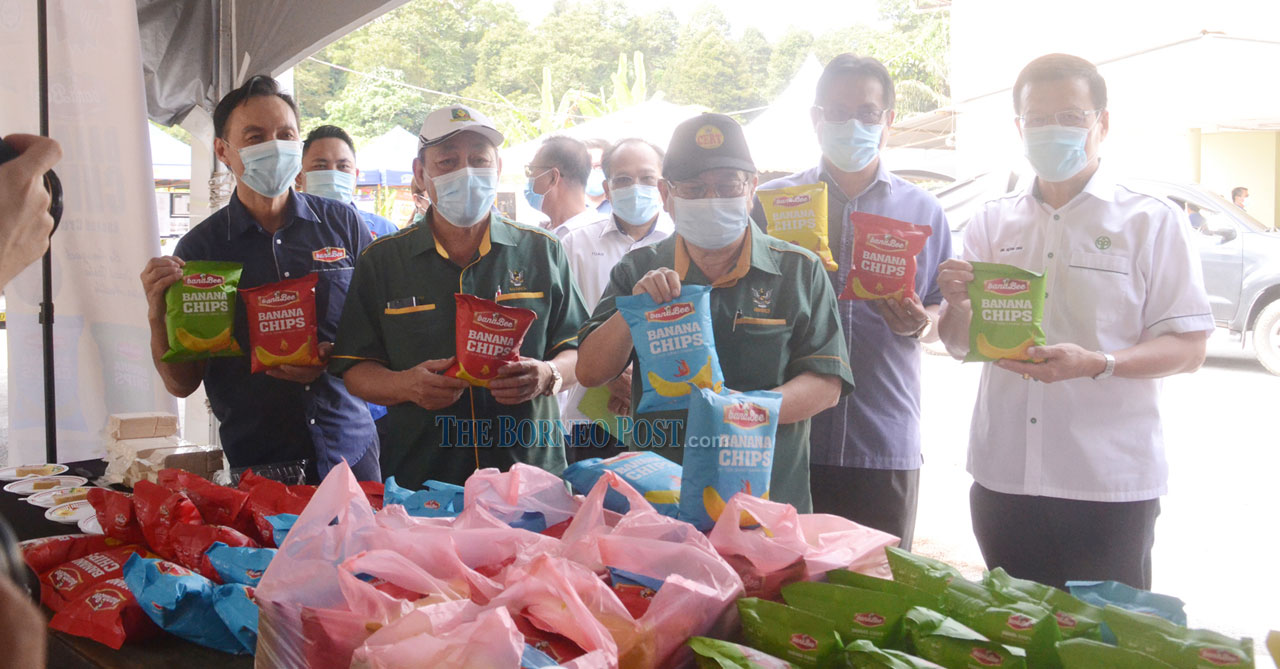 Uggah (front, third left) joins Sagah (second left), Dr Abdul Rahman (second right) and others in promoting a homegrown brand of banana chips at a mini exhibition, run in conjunction with the briefing in Siburan.

KUCHING: The Sarawak government, through the Ministry of Agriculture, Native Land and Regional Development, strives to continue implementing programmes that would help raise farmers’ income.

According to Deputy Chief Minister Datuk Amar Douglas Uggah Embas, RM9 million has been approved for the implementation of such programmes such as land development and agro-farming briefing sessions, with the aim that they could be carried out in every division and district across Sarawak.

“This briefing on land development and agro-farming is moved by the Gabungan Parti Sarawak (GPS)-led government, under the leadership of our Chief Minister Datuk Patinggi Abang Johari Tun
Openg.

“Abang Johari loves Sarawakians. In his efforts to care for Sarawak, he has ordered state ministers and assistant ministers to organise and run various programmes so that Sarawakians can move forward and in the process, improve their incomes and their lives,” he said in his opening remarks for the briefing session on land development and agro-farming for Tarat state constituency in Teng Bukap, Siburan near here yesterday.

Uggah pointed out that his Ministry of Agriculture, Native Land and Regional Development had been called to organise and run programmes aimed at helping to raise the income of every farmer to no less than RM4,000 a month.

He said to do this, a number of key farming technologies such as fertigation should be adopted by the farmers so that they could reap high yields from their crops.

Aside from fertigation, he also said other technologies such as Internet of Things (IoT) should  be capitalised upon so that farmers can oversee their crops through their smartphones.