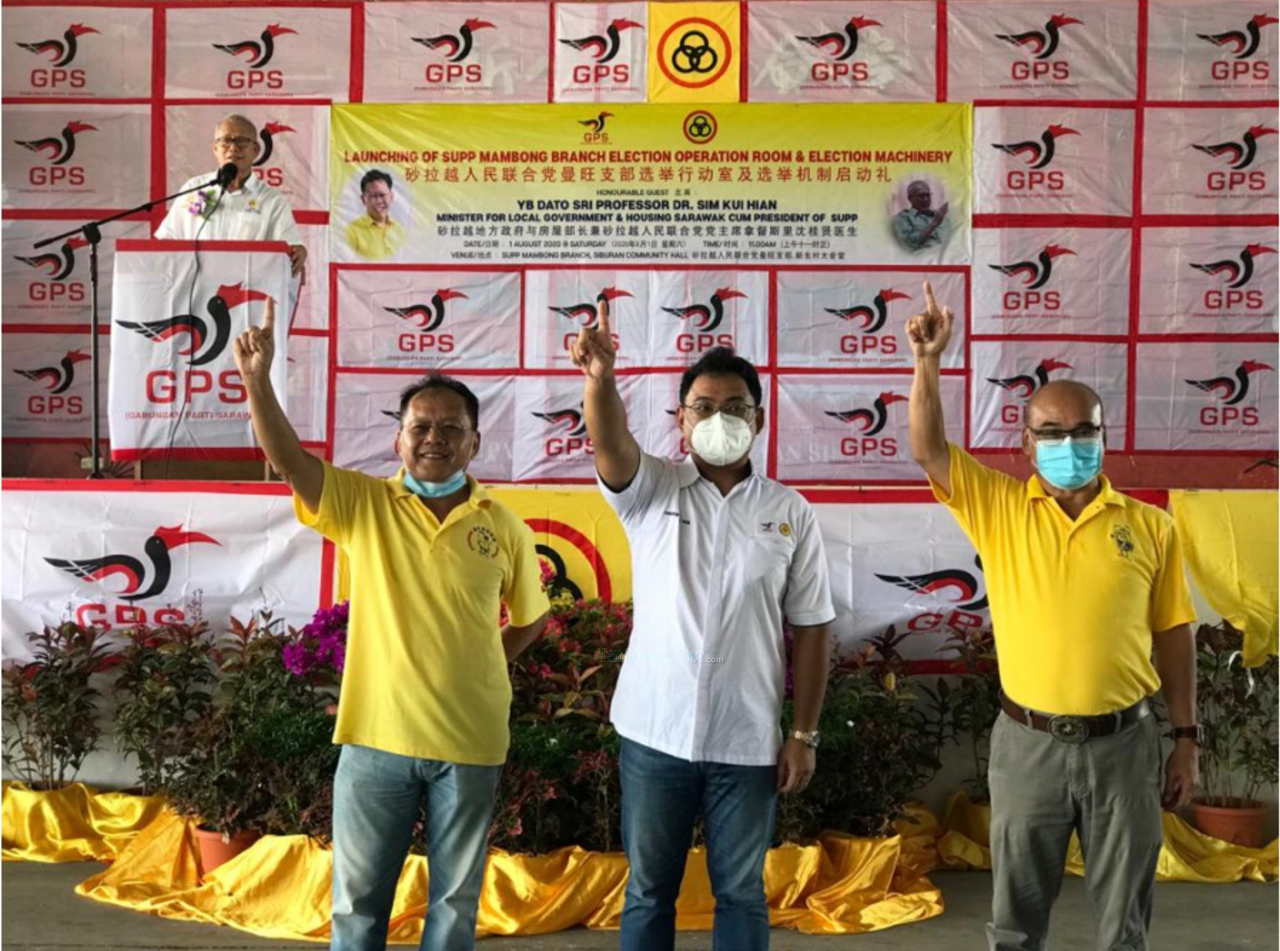 Riot introduces (front, from left) Ahkim, Andrew and Jimson as SUPP’s potential candidates for the Mambong seat in the next state election.

Riot, who is also SUPP Bumiputera Bureau chairman, called on party members from Mambong as well as those in Opar, Simanggang and Engkilili to up their efforts in order to deliver these seats in the state polls.

“The bureau is adamant that Mambong, Opar and Engkilili are to be returned to SUPP come the 12th state election,” he said.

Datuk Dr Jerip Susil, who joined Parti Pesaka Bumiputera Bersatu from Parti Sarawak Bersatu (PSB), is the incumbent in Mambong, while Opar and Engkilili are represented by Datuk Ranum Mina and Dr Johnichal Rayong, both of PSB, respectively.