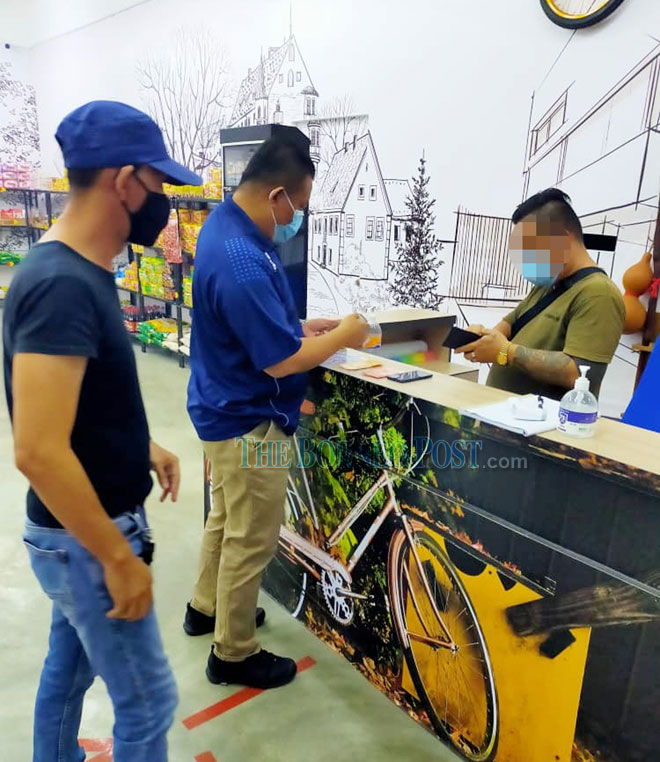 Police seizing the items from one of the suspects (right) prior to his arrest on Saturday.

KUCHING: Bau district police have arrested two persons – a man and a woman – for allegedly selling top-ups for online gambling at two separate locations on Saturday.

Bau district police chief DSP Poge Nyaon said the first arrest was conducted at a sundry shop in Tondong which saw the arrest of the male suspect around 6.40pm.

“During the arrest, we also seized a smartphone and some cash from the suspect who works as a shop assistant at the premises,” said Poge in a statement yesterday.

The arrest of the female suspect, he said, was carried out around 7.30pm at a coffeeshop in Jalan Seringgok. Also seized from the suspect was a smartphone and some cash.

Both suspects, who do not have a past criminal record, will be investigated under Section 4(1)(c) of the Common Gaming Houses Act 1953.

CLARIFICATION: The Borneo Post would like to clarify that the sundry shop in Tondong which was allegedly involved in selling top-ups for online gambling was not Tondong Target Point as reported. The error is regretted.