Monday, September 27
You are at:Home»News»Nation»42 months jail for British woman who killed husband 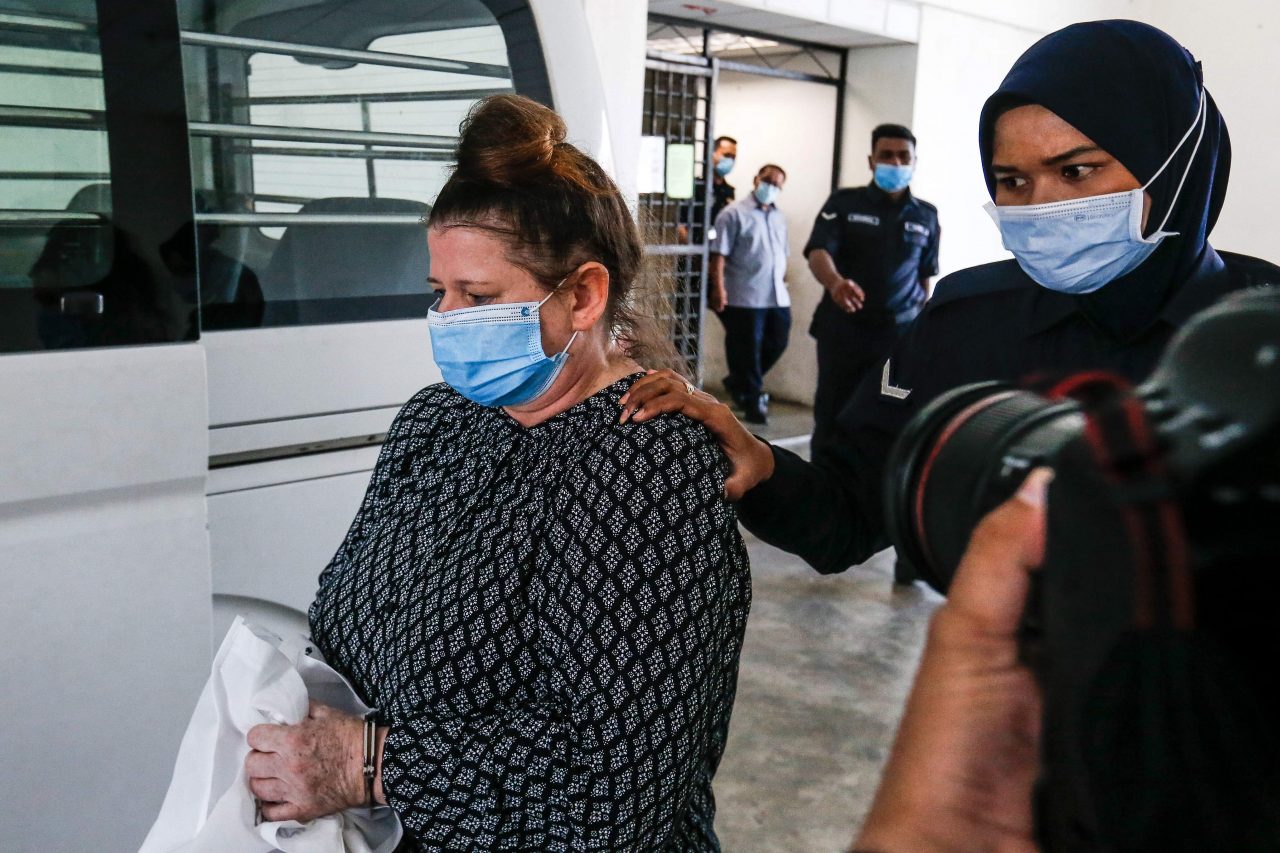 Samantha Jonesis escorted by a police personnel to a van after appearing in court yesterday. — AFP photo

ALOR SETAR: The High Court here yesterday imposed a 42-month jail and a fine of RM10,000 on a British woman for culpable homicide not amounting to murder in the death of her husband in Langkawi in October 2018.

Judicial Commissioner, Dr Arik Sanusi Yeop Johari, meted out the punishment on Samantha Ann Jones, 52, after the accused pleaded guilty to the charge which was read to her by the court interpreter in English.

The court ordered her to undergo the sentence from the date she was arrested on Oct 18, 2018 and she could be jailed 12 months if she failed to pay the fine.

Arik Sanusi said the penalty was imposed on Samantha after hearing and considering the facts of the case and related reports such as the chemistry report and post-mortem submitted to the court.

In addition, the Judicial Commissioner announced that the court was satisfied with all the arguments by the defence counsel and prosecution on the case.

The court interpreter interpreted the decision in English to Samantha.

According to the charge, the accused was charged with involuntarily killing her husband John William Jones by stabbing him in the liver when defending herself at Lot 2296, Kampung Gelam, Mukim Kedawang in Langkawi between 1 am until 3 am, Oct 18, 2018.

In this regards, she was charged under Section 304 (b) of the Penal Code which provided for a maximum jail of 10 years or with fine or both if guilty.

Originally, Samantha was charged under Section 302 of the Penal Code which provided a death sentence if guilty but the prosecution offered an alternative charge under Section 304 (b) to the accused.

The prosecution was handled by Deputy Public Prosecutor Rozana Husin while the accused was represented by lawyer Sangeet Kaur Deo. — Bernama