Friday, August 12
You are at:Home»Business»AirAsia builds brand to emerge stronger when normalcy returns 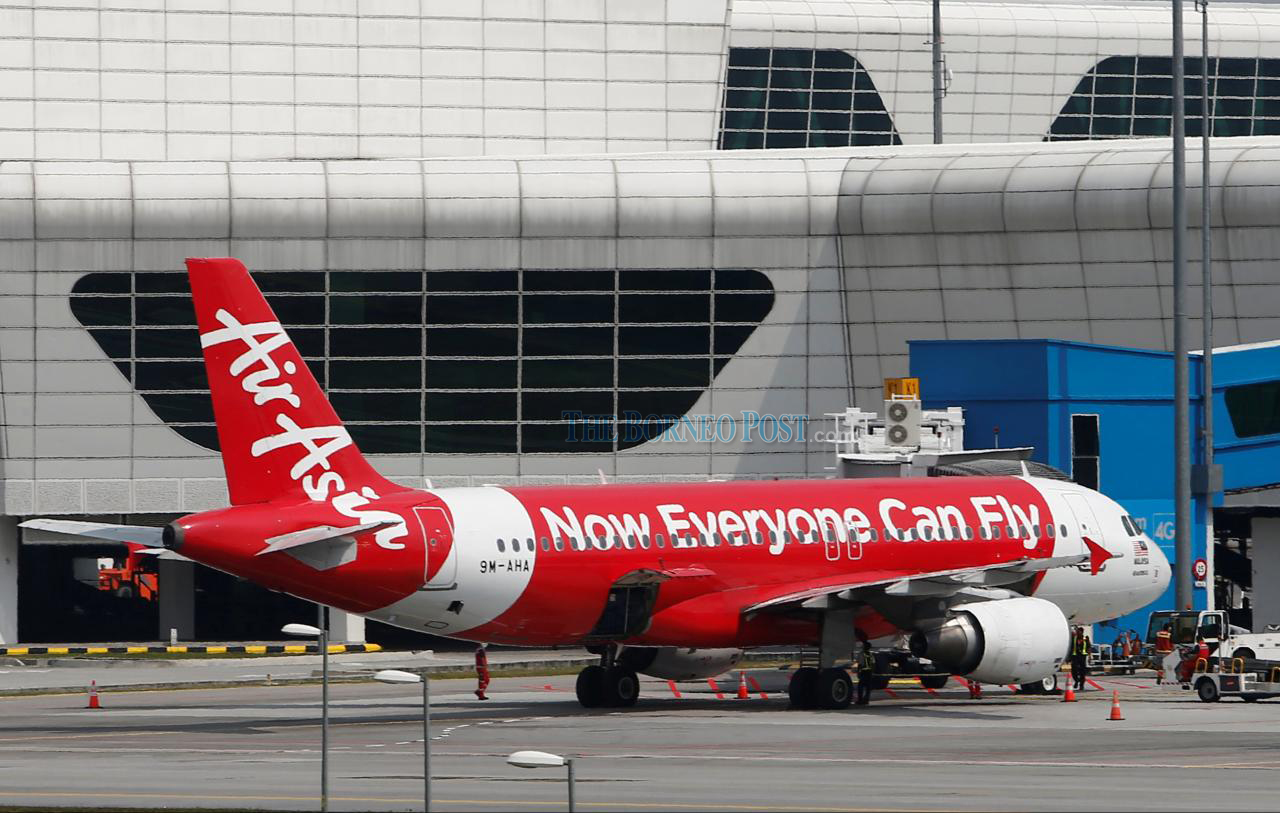 KUCHING: AirAsia Group Bhd (AirAsia) is continuing to build on its strengths, especially its brand, so as to emerge stronger when normalcy returns amid the unprecedented environment.

According to AirAsia in its Annual Report 2019, the year 2020 got off on an extremely challenging note, with the Covid-19 outbreak causing major disruption to travel globally.

“Restrictions imposed by governments left airlines, AirAsia inclusive, with no alternative but to temporarily suspend our flights,” the group recapped.

“From the end of March till the end of April, the group’s entire fleet was in hibernation, save to help repatriate citizens or to transport medical supplies and other essential items.

As of end May, along with relaxation of travel restrictions, AirAsia started resuming domestic flights in the markets the group is in, on a staggered basis.

In supporting the Malaysian Government’s efforts to revive domestic tourism and stimulate the economy, AirAsia has been offering various promotions, with positive results reflecting pent-up demand.

“In June, we achieved an overall group load factor of 60 per cent, and 65 per cent for the Malaysian operations.

“We expect the group’s load factor to hit 70 per cent in July despite a tripling in capacity.”

AirAsia’s non-airline businesses, meanwhile, have continued to operate as per normal.

“Some even grew significantly despite Malaysia’s Movement Control Order (MCO). Teleport, for example, grew by 49 per cent year-on-year in the first quarter of 2020 as a result of transporting medical aid and critical supplies.

“In addition, the technology-driven logistics company embarked on last mile deliveries of not only parcels but also restaurant orders and fresh produce, for which demand was particularly high.

“With the launch of Freightchain, the world’s first digital cargo platform built on blockchain; the re-launch of OURSHOP as an e-commerce marketplace; and rollout of OURFOOD bringing all
types of food businesses online, Teleport’s growth prospects for the second half of 2020 are even stronger.”

AirAsia highlighted that during the MCO, Santan launched a drive-thru service to enable people to take home food safely.

The group further highlighted that it also collaborated with the Food Aid Foundation on various initiatives, and helped small vendors market their food on its online Ramadan Bazaar.

Going forward, the group is working on the blueprint to start a franchise for Asean fast-food restaurant venture.

As for BigPay, it made positive strides in 2019, and AirAsia expects it to
continue with its growth momentum.

“BIG Loyalty is becoming a currency in itself and should gain more members as there is greater awareness that points earned can be redeemed for everyday items and services, in addition to flights.

“We also hope to sign on more artistes with RedRecords and launch them to a global audience.”

AirAsia.com already has the next few years outlined with plans to offer niche products such as Muslim and medical tourism packages, as well as attractive deals with wider appeal.

The group noted that ultimately, it seeks to cater to as wide a consumer base as possible – not just AirAsia guests – and is charting a path to achieve this goal.

“Despite the unprecedented environment we are currently in, we are continuing to build on our strengths and especially our brand so as to emerge stronger when normalcy returns.

“Efforts to create a more seamless guest experience are intensifying with innovations such as FACES. Having already rolled this out in Avalon, Senai and Kuching, we are using data from the airports to
identify and resolve existing pain points.

“Ultimately, we intend to develop FACES so it can also be used for more than just boarding clearance.”

The group is also further enhancing AirAsia WiFi which we hope to install in more aircraft, enabling guests to order their food online and shop for any item available on OURSHOP, AirAsia Deals and AirAsia Activities.