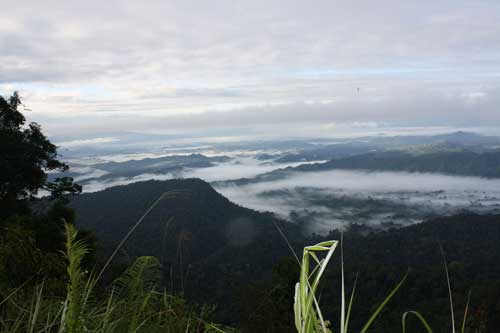 The Malaysian Armed forces had placed formations in strategic positions in the corresponding areas of the country in Sarawak. File Photo

KUALA LUMPUR: There is no pressing need to set up the Sarawak-Kalimantan border security alignment to monitor the country’s borders in the state, the Dewan Rakyat was told today.

He said the Malaysian Armed forces had placed formations in strategic positions in the corresponding areas of the country in Sarawak.

“Op Benteng combining all border enforcement agencies is the latest step taken by the government to strengthen land border control, especially in the state of Sarawak.

“The Medan Timur Government Headquarters as the Medan Timur Land Component Commander (Medan Timur LCC) is responsible for coordinating the integrated efforts under the NTF,” he said when winding up the debate on the motion of thanks on the Royal Address for the ministry.

He explained that the Malaysian military and the Indonesian National Army (TNI-AD) also conduct joint security patrols in border areas such as Limbang, Bareo and Ba’kelalan, Sarawak.

Meanwhile, Ismail Sabri also informed the Dewan Rakyat that the use of the Beechcraft aircraft for maritime patrol duties will be replaced by the Maritime Patrol Aircraft (MPA) in line with the Royal Malaysian Air Force (RMAF) Capability Development Plan 2055 or known as CAP55 (Capability Development 55).

He said, MPA is better able to carry out maritime patrols comprehensively and effectively.
“The Beechcraft aircraft will be terminated in 2024 after 30 years of service in line with the Armed Forces General Order Casting Policy,” he said.

In the meantime, he said RMAF had studied and implemented improvements to existing flight techniques and procedures including standard operating procedures (SOPs) of the Beechcraft aircraft. – Bernama